Editors Note: We at the Evangelical Portal at Patheos are big fans ofThe Harvard Ichthus, a journal of Christian thought published by Harvard students.  Periodically we highlight a piece from the Ichthus, and we hope to highlight quality material from other such journals soon. 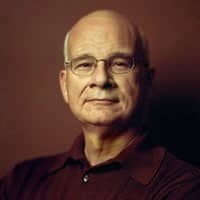 "Doubt and belief are each on the rise," claims Dr. Timothy Keller, author of The Reason for God: Belief in an Age of Skepticism. As the title suggests, Keller's new book is an open invitation for rational dialogue on Christianity -- both to the faithful and to the skeptical. As the chasm between doubters and believers continues to widen substantially, Keller recognizes the need to communicate clearly, coherently, and calmly. Believers and nonbelievers alike, Keller suggests, have an equal burden of proof and a fundamental obligation to examine their beliefs and doubts critically and rigorously.

Nevertheless, Keller does not endorse a strictly rationalistic approach to understanding God. Just as a belief in the existence of God requires a leap of faith, so too does a doubt of the existence of God. According to Keller, faith is inevitable, whether one chooses to believe or disbelieve. Belief and disbelief in the existence of God both require a suspension of strong rationalism. Neither God's presence nor absence in this universe can be conclusively proven through the culturally hegemonic scientific method. Responding to contemporary atheist scholars like Richard Dawkins, Keller aptly notes, "If there is a God, he wouldn't be another object in the universe that could be put in a lab and analyzed with empirical methods."

The Reason for God is organized very much like a rebuttal speech in a debate round. For the first half of the book, Keller systematically addresses seven of the most salient contemporary arguments against Christianity. As the founder of Redeemer Presbyterian Church in Manhattan, Keller sprinkles his prose with pithy anecdotes and quotations raising fundamental questions about the truth of Christian faith, the goodness of God, and the tension between Christianity and science. For the second half of the book, he embarks on a critical-rationalist enterprise to "examine the reasons underlying Christian beliefs." That is, he offers concrete arguments for the existence of God and the profound implications of such an existence.

Never polemical but always firm, Keller offers an honest examination of Christian faith. From the very outset of his book, Keller concedes that religion -- Christianity included -- possesses tremendous positive and negative potential in our world. In fact, he admits that religion "can certainly be one of the major threats to world peace." In a world ever polarized by passionate doubts and beliefs, Keller recognizes the need for intellectually honest civil discourse. Seeking intellectual integrity in both our beliefs and doubts is indispensable for individual, social, intellectual, and spiritual progress.

Keller never claims to offer "conclusive proof" of God's existence. As he explains, such conclusive proof is just as impossible to attain in religion as it is in science. In fact, The Reason for God continually challenges us to be skeptical of our beliefs as well as our doubts. Only when we apply a fair and equal standard of skepticism to both our beliefs and doubts, Keller argues, can we honestly seek the truth of God's (as well as our own) existence. Reasonability, according to Keller, should be our ultimate standard: "No view of God can be proven, but that does not mean that we cannot sift and weigh the grounds for various religious beliefs and find that some or even one is the most reasonable."

Of the seven chapters systematically addressing the most salient contemporary arguments against Christianity, the chapter on human freedom represents the intellectual curiosity and rigor of The Reason for God. In this chapter, Keller tackles the argument that Christianity -- with its fundamental claim on absolute truth -- is the "enemy of freedom." Canvassing a wide spectrum of modern thinkers, including Michel Foucault and C.S. Lewis, Keller contends that truth claims are unavoidable: "If you say all truth-claims are power plays, then so is your statement. If you say (like Freud) that all truth-claims about religion and God are just psychological projections to deal with your guilt and insecurity, then so is your statement. To see through everything is not to see."

Not only does Keller challenge the moral relativism of the status quo, but he also challenges the simplistic Western conception of freedom as "the absence of confinement and constraint." Essentially, he argues that negative liberty is a chimera of the true freedom found in God. As he explains, paradoxically, "freedom is not so much the absence of restrictions as finding the right ones, the liberating restrictions." Such a restricting and liberating framework of freedom can only be found in the presence of love. Why is love "the most liberating freedom-loss of all"? Keller explains that the operating principle of love is that we must "lose independence to attain greater intimacy." In a relationship of love, we constantly limit our freedoms in order to experience a more transcendent freedom in love.