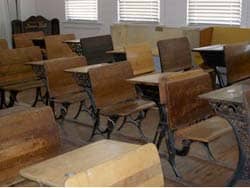 The National Education Association (NEA) recognizes the growing trend of Bible classes in public schools. According to one NEA report, in 2004 eight percent of public schools offered courses on the Bible. More state school systems are beginning to recognize that nearly every facet of Western civilization has been influenced by the Bible and its history and teachings.

Yet many teachers and parents are still uncertain about the legality of this development. They question the use of the Bible in public settings as a violation of the separation of state and church.

Michael D. Simpson,  NEA Office of General Counsel, points out that in Abington Township v. Schempp the Supreme Court made allowance for the study of the Bible in situations where it is presented as an object of literary and historical consideration. Failure to maintain separation of church and state, then, would only become contended if the material were presented devotionally or as a body of truth-statements. Simpson then goes on to discuss several Bible curricula that did in fact transgress this boundary.

Simpson includes in his article a reference to three publications NEA has endorsed three publications that offer guidance regarding the use of the Bible in the classroom. These include the following, all of which are available at FirstAmendmentCenter.org :

·      "A Teacher's Guide to Religion in the Public Schools"

·      "Religious Liberty, Public Education, and the Future of American Democracy - A Statement of Principles"