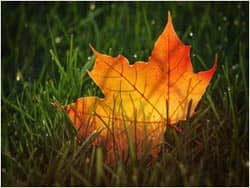 With the growing popularity of Wicca and other Pagan spiritual paths in the U.S.A. there has been a growing number of minors who have been entering the community and who have been seeking help from adult teachers to further their studies. Many of us who have been on this path for years would love to help out these new Seekers and to make certain that the information that they receive is both accurate and safe. But there is a real problem that many of those who agree to teach minors may not be aware of and which can land them in a world of legal trouble.

The first of the legal precedents regarding the rights of parents in determining the education of their children occurred in 1923 with the Supreme Court decision in Meyer v. Nebraska in which the court ruled that an individual had the right under the Constitution to raise their children in accordance with the dictates of their own conscience.

In 1925 the Supreme Court heard the case of Smith v. Society of Sisters in which the court recognized the absolute constitutional right of parents to determine the education and upbringing of their children.

So what does this mean to those of us who teach Wicca and other Pagan religions? It means that if you are teaching minors without the full knowledge and consent of their parents you are breaking the law.

In the U.S. the age of majority, that age at which a child becomes legally an adult and able to make decisions for themselves is 18 in 48 states, 19 in Nebraska, and 21 in Mississippi. Anyone under the age of 18 in the U.S.A. is seen by the law as falling under the control of their parents who have a constitutional right to determine how that child will be raised, including in the area of religion.

Any Pagan teacher who chooses to teach a minor without the consent of the parent is opening themselves up to legal action in all 50 states. In some states that would constitute a civil tort punishable by large fines and damages. In other states it is considered a criminal act and could result in a prison sentence.

Some Pagan teachers try to protect themselves from legal action by obtaining a signed consent from the parents prior to beginning teaching. Although this seems like a good idea it also comes with some risk. First of all, the minor may falsify the permission slip in order to get training they know their parents would not approve.

Secondly, according to legal advice that we obtained on the subject, should the parent decide to take the teacher to court and claim they would not have given permission if they had really known what was being taught the chances are that the unfortunate teacher would find the court unsympathetic towards them.

How does that affect those who interact with minors on the Internet? If all you are doing is pointing the minors at good resources such as books or websites, or answering direct questions about your beliefs and practices it is unlikely that a legal case could be made against you under the laws I cited. The idea there being that you are not providing any information that the minor could not or would not have found on their own. And at least in this way you are insuring that that minor is gently guided toward reliable references.

However, if you take on a minor as a formal student and are teaching them how to practice as you would with an adult student, especially if you are doing so by e-mail or by private message, you have left yourself wide open to legal action.

Many of us recognize that some of the youngsters who come to us requesting training are sincere in their beliefs and would truly benefit from the training. And those of us who teach want to make certain that those sincere Seekers find their way to good information. At that point it is up to the teacher to decide whether their desire to teach outweighs the possible legal ramifications of their actions.

And if you decide that you cannot take the risk of being held legally accountable for teaching a minor but you don't want to turn that individual away without some guidance what then can you do? Personally my approach is to let the minor know that there are things they can do that will advance their spirituality and prepare them for later study even though they might not be specifically Pagan focused.

Some suggestions would include:

·      Read about different mythologies, cultures, and the history of ancient peoples.