The Case for an American Madrassah 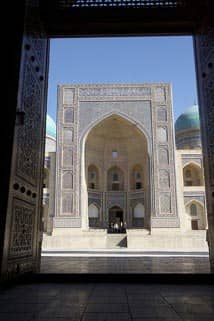 Once upon a time, perhaps as recently as 20 years ago, it was enough for medical doctors and engineers doubling as mosque presidents and imams to also be the official purveyors of Islamic knowledge at the grassroots level. There was much less of a need for "scholars" in the interfaith arena back then. Things have changed.

I was recently at a benefit dinner for a medical charity and one of my wife's colleagues asked me what I did for a living. "I'm the executive director of a Muslim non-profit," I answered.

"Oh," he responded, clearly not expecting that answer from the guy he just spent the last twenty minutes chatting with about golf and football. He asked me what my "Muslim" non-profit did and what I did for it. I told him that we organize mosques and other Muslim institutions and we work to build their capacity and work in interfaith collaboration with other faith-based organizations on public policy issues.

He politely listened to my answer but when I finished he got right to his next question. "Islam is not a religion so much as it is an ideology, a way of life, right?" he asked. Huh? I did not expect that response!

We talked some more and he mentioned some things he had read about Ibn Taymiyyah, shariah laws, and the supposed incompatibility of Islam with Western values. Mind you, this fellow was neither a religious scholar nor a Muslim. It was unsettling because I was just barely equipped to engage him meaningfully.

This is not how it used to be. Just a few decades ago a lecture on Islam delivered by a civil engineer to a church group with an emphasis on Muslim belief in an afterlife, angels, the Virgin Mary, and the miracles performed by Jesus was more than enough to leave the audience feeling like they learned something useful.

Today non-Muslim Americans are more skeptical of Islam. Non-Muslim Americans want to know about Wahhabism. They ask challenging questions about taqiyya, jihad, and dhimmis. Many times they ask about these concepts having already studied these concepts to some degree. To make matters worse, Islamic scholars overseas and some who now reside in America, openly question the legitimacy of lay interpretations of Islam by American Muslim leaders as well.

This is the void that institutions like Berkeley, California's Zaytuna Institute must fill. There are many who perceive (incorrectly in my opinion) Islam as incompatible with American society. There are some that even see America as being at war with Islam (which it is not in my view). These (mis)perceptions are held by Muslims and non-Muslims alike.

These are religious questions that require a deep understanding of Islam and a deep understanding of America. An American Muslim taught in America under the rigors of traditional Islamic study by qualified American Muslim scholars is the best situated to dispel these misperceptions. To this end, Zaytuna is proposing the establishment of a "Muslim Georgetown," a four-year accredited college open to all faiths and genders.

Whether the institution is called a college, a university, or a seminary is not important. What is critical is that the institution be accredited, that it maintain high standards for admission and retention, that its instructors have the necessary traditional religious training themselves, and that there be, among others, a course of study that confers an American-Muslim graduate with the requisite knowledge and skills to authoritatively opine on, among other issues, the compatibility of Islamic values and American values.

That such an institution is open to non-Muslims and is not exclusively an imams' training institution could actually be an asset to all who matriculate from its programs and particularly for the Muslim students who are in an imamate track. Being exposed to thinking and analysis from a non-adherent's perspective can create added depth to a Muslim student's understanding of Islam and of the opportunities and the threats surrounding Islam's hoped for integration into American society.