2012 as a Cultural Phenomenon 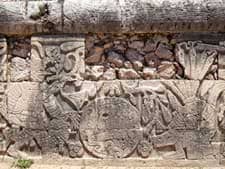 If you cast your mind back a decade, you may remember the hype associated with the new millennium. The change from 1999 to 2000 was supposed to represent a significant change in the world around us. Y2K was all the rage, and fears of millennial fury from a returning God mingled with angst over whether the computers would turn on. The radio played Prince singing about partying like it was 1999, well, because it finally was 1999. There may have been an element of real fear for some people, however most of the world quietly woke on January 1, 2000 with the feeling that life really had not changed. Resolutions were shortly broken, although a few calories moved from the belly to the muscles and back again.

It is time to prepare for further hype! Hollywood in all of its transcendent glory has reached across the cultural divide to find another ancient civilization to exploit. Apparently Hollywood has finally finished remaking all of the books that its writers had read ever in their lives (except Dr. Seuss' Green Eggs and Ham, which is still in production) and is now seeking ways of combining all the genres into one huge event: 2012, the Mayan Apocalypse.

For the end of the world is nigh, again. December 21-ish of 2012 is the end of the world according to the ancient Maya. Except they didn't say that. The ancient Maya had a calendar that counted up not down. Its first day was fixed at roughly August 11, 3114 B.C. (in our calendric system) and its last day is infinity. As a calendar, it counts days, months, years, and larger cycles similar to decades and centuries. The equivalent of the change from 1999 to 2000 will occur in December 2012. Sometime around the equinox, plus or minus a few days, the cogs behind the calendar will move ever so slightly, and reset - except for the big one that just adds another digit.

The mechanics of the change aside, Hollywood has decided to shape world culture around this calendric event. Hollywood shapes culture constantly. Through mass media, moods are created and changed every moment. The continual pushing of the envelope will soon rend the envelope. Luckily, apocalypse is upon us. Move over Nostradamus, the ancient Maya will be coming to theaters, talk shows, and pulp magazines all over the world.

The movie 2012 will be a typical movie about Armageddon replete with global warming, earthquakes, tsunamis, volcanoes, and zombies (just the acting, no actual undead will be harmed in the making of the movie, I think.). The trailer implies heart-warming scenes of mass destruction as earth reels from a cataclysm foretold by ancient astronomers who are probably turning in their desecrated graves. Apart from being a blockbuster movie, what will the cultural impact of 2012, either the movie or calendric date, be?

Most people will have forgotten the movie two weeks after it initially comes out. There are so many culture-stretching mass-media events in the world that a single movie no longer has the impact that a radio station broadcasting "War of the Worlds" had several decades ago. The misrepresentation of ancient Maya calendrics and religion that will be embedded into the movie will shortly be forgotten by most of the populace. Christmas 2012 will be celebrated (or not celebrated) as usual. However, between 2009 and 2012, there will be an upswing in curiosity about the ancient Maya.

Anthropology classes across the United States may have heavier enrollment. But in general, the attention span generated by the movie release will be short. For the truly interested individual, I recommend the book Ancient Maya and the FAMSI webpage.

If there is an actual apocalyptic event in 2012, you will be too busy surviving to worry about much else. It never hurts to stock up on basics: Water and food and popcorn for the movie, of course.

Zachary Nelson received his doctorate from the Anthropology Department of Pennsylvania State University in 2005. He has spent the last decade researching the Ancient Maya in Guatemala and Mexico. He currently lives in Utah.