Frankly, it was a terrible experience. Usually I like to hang around and interact with folks. I just couldn't wait to get the heck out of there, frankly because the Spirit was so absolutely absent. One woman, a Latter-day Saint, came up afterward and told me how much I had helped her testimony; maybe I was there just for her. I don't know, but in terms of anything productive really happening, it was impossible for the Spirit to bear witness to truth.

Now I think the best apologetics setting in which I have ever participated was in the context of serving on the committee that evaluated The God Makers in 1984-85. The God Makers arrived in Mesa and I went to see it with a Latter-day Saints friend. About 2,000 other Christians came to see that film wanting to find out what their Mormon neighbors believe; unfortunately they left thinking they knew. The day after the film, I wrote an article that appeared in the newspaper in which I called the film religious pornography. Ed Decker, who made the film, called me the next day wanting to know what I meant. I told him that if he didn't know I surely couldn't explain it to him.

At any rate, the National Conference of Christians and Jews, which has been renamed the National Conference for Community and Justice, became involved. I was on the regional board of the NCCJ and we felt that this was an issue that they needed to address because it was dealing with interfaith dialogue, the attack of one group upon another, and other sorts of things. A committee was appointed, headed by Eddie Basha, a Lebanese Catholic. It was a committee made up of persons who were not LDS, and we spent a year looking at the film, talking to people who made it, talking to people who sought to distribute it, inviting Truman Madsen to come down (who at the time was holding the Richard L. Evans Chair of Religious Understanding), and getting his input on it from an LDS perspective. In the end, the NCCJ issued a statement about the film.

I want to read you a few comments that they made in this report to the religious communities of Arizona:

The National Conference of Christians and Jews reaffirms its allegiance to the First Amendment of the Constitution and our American tradition of religious freedom in both faith and practice. At the same time, we strongly urge responsible use of that freedom. It must be exercised with self-restraint, fairness, good judgment, and in a spirit of tolerance for the convictions of others.

Prolonged divisiveness based on religious differences can be detrimental to the business, social, political, educational, and even the personal lives of the citizenry. We would not like that to happen to us.

Neither do we believe that it serves the best interest of community good will for any group to attack the central faith, beliefs, doctrines, or validity of any other religious group.

We recognize as a positive value the right of any religious group to assert their belief in the absolute truth of their own religious beliefs and practices. However, this basic right also suggests the necessity for tolerance toward others who may hold similar views about their own particular beliefs and customs.

And then the film itself:

The film does not --in our opinion -- fairly portray the Mormon Church, Mormon history, or Mormon belief. It makes extensive use of "half-truth," faulty generalizations, erroneous interpretations, and sensationalism. It is not reflective of the genuine Spirit of the Mormon faith.

There are, unfortunately, some who lack adequate knowledge about the Mormon faith, who may unwarily be misled by this film. We recommend to all persons that they utilize every opportunity for face-to-face dialog with their neighbors in an atmosphere of mutual respect. This will help to provide authentic, firsthand information about the faith of our fellow citizens. Dialog will offer a palliative for controversy and a positive basis for continuing understanding, good will, and friendship.

That is the most effective form of apologetics I've ever been involved with because it wasn't Latter-day Saints defending themselves -- it was non-Latter-day Saints coming to the defense of another religious community that had been unfairly and unjustly attacked. Now if we believe in the basic premise of the NCCJ, we have the obligation to do the reverse, too, and that is to defend anybody who is unfairly attacked and unjustly criticized; if we do not, none of us has religious freedom.

I have a quote from John Stackhouse in a book called Humble Apologetics. He's a professor of theology at Regent College, at Oxford I believe, and he says this: "Apologetics could easily become a form of intellectual browbeating. It is warfare, waged on behalf of a neighbor's soul, by mowing down his resistance and presenting the gospel with the irresistible argument in hopes that he would relent and believe. Not terribly effective." 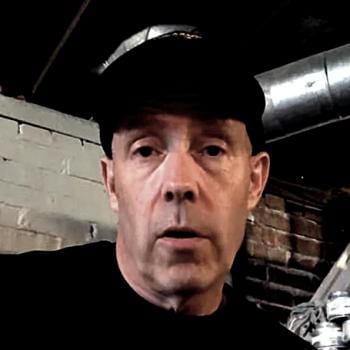 Hilary White Wants to Trash & Bury Vatican II; I Defend It
Dave Armstrong
Get Patheos Newsletters
Get the latest from Patheos by signing up for our newsletters. Try our 3 most popular, or select from our huge collection of unique and thought-provoking newsletters.
From time to time you will also receive Special Offers from our partners that help us make this content free for you. You can opt out of these offers at any time.
see our full list of newsletters
Editor's picks See all columnists