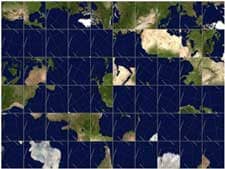 Last month more than 80 religious, political, and NGO leaders from around the world spoke to packed audiences at Georgetown University's Common Word conference, at a time when engagement with the Islamic world is more urgent than ever.

In contrast to the past, the world of the 21st century is both transformed and threatened by the impact of globalization, a source of integration and fragmentation in international affairs, economic and social development, and inter-religious or multi-religious affairs.

Islam and Christianity are far and away the two largest global religions (1.5 and 2.1 billion respectively). Together they make up well over half of the world's population. Today, more than ever before, they co-exist or encounter each other in 57 Muslim countries and in Europe and America and beyond. Despite significant doctrinal differences, they also share much in common in matters of faith, values, and interests. If religion has too often been part of the problem, it must also be part of the solution.

The Muslim initiative "A Common Word Between Us and You" and the response by major Christian and Muslims global leaders to this document reflect the deep awareness of today's precarious and dangerous world of global politics and the need for Muslims and Christians to work together. As the document reminds us: "Without peace and justice between these two religious communities, there can be no meaningful peace in the world. The future of the world depends on peace between Muslims and Christians."

"A Common Word: A Global Agenda for Change," sponsored by the Office of the President of Georgetown University, the Prince Alwaleed bin Talal Center for Muslim-Christian Understanding, and the Royal Aal al-Bayt Institute for Islamic Thought, was a call to action, the next step in the ongoing process of this groundbreaking initiative. Conferences at Yale, Cambridge Universities, and the Vatican had brought together global religious leaders and academic experts who explored the theological and scriptural basis as well as the implications of the foundation of A Common Word, which is the two great commandments: Love of God and Love of Neighbor. These commandments are based directly on Christian, Muslim, and Jewish Scriptures.

At Georgetown we addressed the "So what factor?" How do we respond to and put "Love of Neighbor" into action to address the many shared challenges and threats we face in our world? How do we transform a common word into common works?

In addition to prominent religious leaders and academics, key participants included practitioners: political leaders, social activists, leaders of major NGOs, and others who came together to discuss and develop a "global agenda for change." Among the religious dignitaries were: the Patriarch of Jerusalem, Theofilos III, the Grand Muftis of Egypt and Bosnia, Sheikh Ali Gomaa, and Mustafa Ceric; Professor Ingrid Mattson, President of the Islamic Society of North America; Theodore Cardinal McCarrick and Archbishop Celestino Megliore; the Anglican bishop of London, Richard Chartres, Nigeria's Archbishop Josiah Idowu-Fearon, and Bishop Mark Hanson, Presiding Bishop of the Evangelical Lutheran Church and President of the Lutheran World Federation. They were joined by former prime ministers, Britain's Tony Blair and Norway's Kjell Magne Bondevik, Anwar Ibrahim, the former Deputy Prime Minister of Malaysia, the twentieth sultan of Sokoto, Nigeria, Muhammad Sa'ad Abubakar, and the presidents of major Christian and Muslim NGOs and organizations.

Although convinced of the importance of this initiative, we were astonished at the incredible response. The acceptance rate from the global leaders invited was over 90%. Our opening session drew a capacity audience of 750 in Gaston Hall; subsequent sessions averaged 500 to 600 participants. Media coverage included the Washington Post, Newsweek's On Faith, Al-Jazeera English, Al-Arabiyya, BBC, and many others.

Critical to realizing the purpose and goal of "A Common Word" is applied theology, transforming belief and dialogue into action. Conference encounters and their final reports alone, however good and important are too easily archived and do not in themselves change minds and hearts and transform societies. Words must be accompanied by action and deeds; visions must be implemented by concrete and, where possible, joint efforts and projects.

During our two days together we listened to and learned about the good practices, their challenges and accomplishments that already exist. Ken Hacket and David Robinson, leaders of Catholic Relief Services and World Vision, spoke of their global outreach and work in Muslim communities; Amr Khaled, charismatic preacher and founder of the Right Start Foundation, spoke of RSF's many projects in the Arab world and Europe; Dalia Mogahed, Executive Director, Gallup Muslim Studies, reported on a major youth project, "Muslim Americans Answer the Call"; Fr. Eliseo Mercado and Amina Rasul-Bernardo spoke of their use of A Common Word in the Southern Philippines; Pastor Bob Roberts and Dr. Chris Seiple spoke of their respective partnerships and projects with Muslims in Afghanistan and the Northwest Frontier Province.