Pagan Involvement in the Interfaith Movement 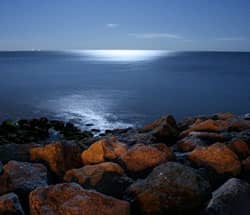 Pagans have made substantial efforts to participate in and contribute to the growth of the interfaith movement. The 1993 Parliament of the World's Religions held in Chicago has been described as a "coming out" party for Pagans, as their presence was most notable there. Earthspirit, a Massachusetts-based Pagan community, offered performances by their choral group, MotherTongue. A Full Moon ceremony, planned in anticipation of perhaps 50 participants, drew 500. One conservative Christian group inaccurately described the Pagan participants as godless (many Pagans are polytheistic, many pantheistic or panentheistic, perceiving divinity embodied in nature) to which some Buddhists reportedly replied, "that's what we've been trying to tell you about us!"

Wiccan Elder Don Frew has been active in interfaith work on the international, national, and local levels for more than a decade. According to Frew, the convergence of a focus on re-sacralizing nature at the 1993 Parliament of the World's Religions in Chicago and the presence of Pagans offering over twenty programs brought unprecedented attention to what Pagans can offer to the discourse on religion and nature.

By the end of the nine days, the academics attending the Parliament were saying "in 1893, America was introduced to the Buddhists and Hindus; in 1993, we met the Neopagans."

From that point on, Neopagans would be included in almost every national or global interfaith event. At the 1993 Parliament, we ceased being a bunch of weirdos and became a religious minority.

The Parliament of the World's Religions gathering in Cape Town, South Africa in 1999 had a significant Pagan presence, and the 2004 Parliament in Barcelona was served by the work of a Wiccan priestess on the organizing committee, as well as the attendance of many Pagans offering workshops, a reception, and a concert. Wiccan Priestess and Elder Deborah Ann Light, who has represented the Pagan community in many national and international interfaith gatherings, says that Pagans are now completely integrated in interfaith work on national and international levels. This integration involves full participation and consistent work in interfaith initiatives, not simply attendance at events or presenting informational sessions. The United Religions Initiative and the Council for a Parliament of the World's Religions have both benefited from the ongoing efforts and contributions of Pagans.

Pagans are taking part and offering service. One motive is to present accurate information about Paganism to counter misunderstanding, prejudice, and discrimination. This is part of the struggle to achieve religious freedom. Don Frew directs his efforts toward positive change and care for the Earth. He writes:

For me, personally, the bottom line is... no significant change happens in the world without people changing their minds. Nothing has as much power to change minds as does religion. A movement to bring the religions of the world together in peace to work for the betterment of all is, potentially, the most powerful force for positive change in existence. As a person of faith, called by my Gods to care for and protect the Earth, how can I not be involved?

Interfaith work is, in my opinion, the best hope for the future of the Earth. Neopagans, especially many from the Covenant of the Goddess, are active at the heart of the global interfaith movement. This is our opportunity to be part of the change we wish to see.

Grove Harris is a pragmatic visionary and social justice educator with expertise in religious diversity in the United States. Grove worked for the Pluralism Project, based at Harvard, from 1994 to 2007, most recently serving as Managing Director. For all these reasons, Grove is well known to the interreligious movement, and was a participant at the 1999 Parliament in Cape Town and 2004 Parliament in Barcelona. She will be the staff leader for soliciting and selecting up to 500 programs for the Melbourne event. Grove has written on Paganism, Pagan involvement in the interreligious movement, and healing in feminist Wicca. She currently lives in Cambridge, where she is an appointed Peace Commissioner.