Sunday among the Mormons

France in the 19th century, the topic of Chapter 4, introduces us to the pleasure-seeking "Continental Sunday" of the French bourgeoisie, with its promenades, concerts, and eating out, but also to the horrible Sundays of the working class, victims of industrialization. Chapter 5 is devoted to Belgium in the early 20th century (my little country dominated by Catholicism), where Sundays are a "rural idyll": after morning Mass, the day is committed to joyful, familial, and social recreation, as it has continued since. But Harline contrasts it also with the somber Sundays of the First World War, when so many died in Flanders Fields.

The next chapter brings us to England, between the two world wars. Although things were slowly changing, the English Sunday remained basically the strict, dull, sleepy "day of negatives and emptiness," which the Puritan tradition had established and had exported, a few centuries before, to America with the Pilgrims.

The final, and most extensive chapter, deals with the United States since the 1950s: the American cultural variety is also reflected in the many ways Sunday is experienced and how the duality of the holy day / holiday evolved -- up to an almost sacralized Super Bowl Sunday. As Harline points out, "holy day" and "holiday" in medieval English meant exactly the same thing, unlike the juxtaposed meaning they are typically given today. And he believes there is something to be learned from that single meaning -- one cannot do without the other.

Since the early Middle Ages, throughout the centuries, one religious constant: from the side of Church leaders (and sometimes the government) the endless debates, laws and regulations, about what is allowed and not allowed on Sunday, from the most restrictive, paranoid rules, to more leniency, reasonableness, and humanity. A classic dispute is about the meaning of "rest" as elaborated by the Puritans: allowing recreation or not? But, if recreation is allowed, there is then the problem of those who need to work to provide recreation. Harline follows many of these contesting threads, showing the interaction between the various cultural factors that shape Sunday observances.

Mormonism's stance on Sunday is only treated briefly: we are very much part of the Puritan tradition, which prevailed in New England at the time of Joseph Smith.

All in all, a fascinating book, which I read from various personal backgrounds: as a former Catholic altar boy in Belgium, as a Mormon convert in the 1960s in the realm of our Primitive Church, as a member of a strong American ward in Provo (including the experience of dinner with ward members during Super Bowl Sunday), and now as a Sunday school teacher, temporarily back in a Belgian ward anno 2007.

The book made me ponder the influence of culture in the conceptualization of today's Mormon Sunday observance, both in Utah and within our internationally expanding church. Based on the clear admonitions from church leaders, in Mormonism a strict Puritan-like-tradition prevails. But, as my two introductory anecdotes show, things are not always simple. Indeed, the two cases I mentioned involve non-Mormon family members in a divergent cultural setting compared to Utah. The search for compatibility between our religious requirements and family-obligations may lead to compromises, with or without feelings of uneasiness and guilt.

There is more to contemplate when we consider non-American cultural elements in their relation to Mormonism. For example, in some countries the concept of family home evening on Mondays may not square well with school and work obligations and schedules. Sunday afternoon is often the best time for family togetherness, including fun and games and outings, as most converts already knew it before joining the Church. Part of the "good things" allowed to keep or not? Harline makes it clear that the elimination of many "good things" occurred at a specific historical moment and time, namely the Puritans in 16th-century England and 17th-century America. But most other Christians kept the longstanding practice of including recreation on Sunday.

Next, to what extent can the broader social context be taken into account? In Utah County there is nothing happening on Sunday outside church. In a country like Belgium, that time is filled with intense social life: scouting, exhibitions, festivals, sports, concerts, open door visits to museums and monuments, free guided tours, historical evocations, humanitarian projects. At the same time, strict laws, guarded by the unions, limit Sunday commerce to the minimum, while for those who work on Sunday a "rest-day" during the week is obligatory.

Should Mormons in the international Church abstain from any aspect of Sunday cultural and social life in their country, thus also segregating themselves, isolating their children, and diminishing the opportunities for missionary work because of less involvement in the broader society? The struggles to come to such adaptations and decisions, the arguments pro and contra, are found within Christian churches since the 4th century, as Harline demonstrates extensively.

I warmly recommend reading Harline's book to better understand the cultural roots of the Sunday choices made over time, and to discover a large number of captivating individuals in their experiences with the first day of the week -- dreading it, just undergoing it, or loving it.

A native of Belgium, Wilfried Decoo is a linguistics professor at BYU, and blogs at TimesandSeasons.org, where this was originally posted as a book review. 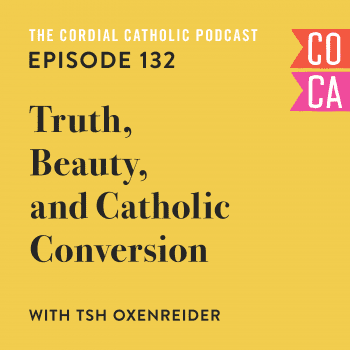 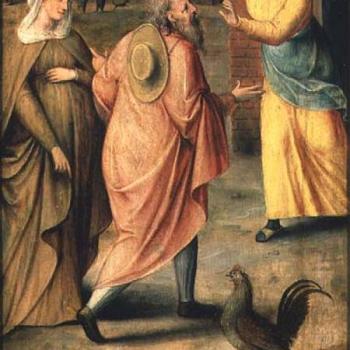 The Baby Jesus vs. the Crowds
Gene Veith
4 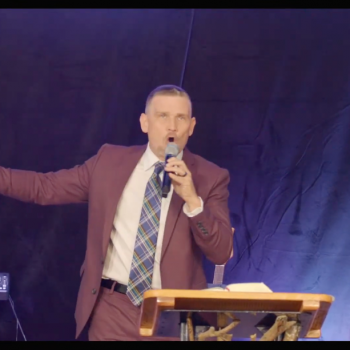 Hate-Preacher: The Catholic Church "Is Nothing but the Whore of Babylon"
Hemant Mehta
About
Get Patheos Newsletters
Get the latest from Patheos by signing up for our newsletters. Try our 3 most popular, or select from our huge collection of unique and thought-provoking newsletters.
From time to time you will also receive Special Offers from our partners that help us make this content free for you. You can opt out of these offers at any time.
see our full list of newsletters