Transformation in a Globalized World

An Interview of William E. Lesher 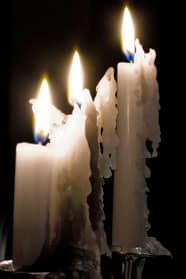 What changes do you see in the religions in the 21st century from the traditional approach to individual transformation to a new awareness of the need for societal transformation?

First, I would not want to separate individual transformation from the awareness of the need for societal transformation.  Every religion is an expression of the relationship between an individual and the mystery, depth, and greatness of life.  As that relationship is experienced in different ways through the various religions of the world, individuals are transformed.  At least one aspect of that transformation has to do with being centered, no longer in one's self, but centered in others.

In this 21st century, other-centeredness takes a particularly societal form.  That's because the challenges we face are so clearly not personal or individual.  The environmental crisis for example, will be effectively addressed only by mustering a massive global response from the whole human community.  I see religions, increasingly in the 21st century, directing the transformed individuals in their traditions to focus their concern for the other on the larger issues of life that can only be addressed through societal transformation.

How is the inter-religious movement a force for change and transformation in a globalized world?

I think of the inter-religious movement as the spiritual expression of the globalized world.  The very existence of the interreligious movement is a massive change in the religious landscape of the world, brought about by the technological advances that have created this age of globalization.  The movement itself is a necessary response to the "marblization" of the religions (to use an expression coined by Diana Eck) in a world where the different religions are not neatly separated on different continents, but flow together like the colors in a polished piece of marble.  The interreligious movement is providing the occasions for believers of various religious traditions to engage one another, to respect and better understand each other.  Out of these encounters, friendships are being formed and common action is being undertaken to address local and global needs.  The movement is an essential force for good that is helping humanity meet the challenges of the modern world.

How are religions dealing with the various levels of interpretation of meaning and values within each tradition?

Interpretation, meaning, and values are best understood as a spectrum in virtually every religious tradition.  Generally the spectrum moves from a more exclusive to a more inclusive practice of the tradition, in which other religions are accepted as bearers of truth as well.  Quite naturally, the interreligious movement attracts those adherents of each religion who come from the more inclusive end of the spectrum.  There is often tension within religious traditions today among constituents from the two ends of the spectrum.  One of the challenges that many interfaith participants face is keeping the dialogue open with members of their own tradition who continue to embrace a more exclusive understanding of their religion.

What are your hopes for the Parliament in December 2009?

They are many.  I hope that in spite of the global economic downturn, there will be an outpouring of people coming to Melbourne who realize that, more then ever, the religions must lift up a vision of hope for the whole human community.  I hope we will be able to enlist the motivating power of the world's religions -- drawing on the depth of their spiritual wisdom and insights -- to address critical global issues like the environment and abject poverty in the world.  Most of all, I hope that this fifth Parliament of the World's Religions captures the imaginations of people the world over and that the religions will be seen -- not as the problem -- but as a vital part of the solution to the world's ills.

This article was first published by Kosmos Journal and is reprinted with permission.

William E. Lesher is the Chair of the Parliament of the World's Religions and President Emeritus of the Lutheran School of Theology at Chicago. He has written extensively on issues of interreligious dialogue and globalization.