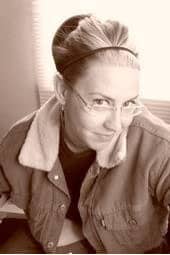 In this new conversation series, three young progressive pastors ruminate on the meaning of Advent.   This week, Emily McGaughy reflects on "Advent Intentionality."

Advent, the season that includes both religious holiday and secular consumeristic spin-outs, is a time of preparation. For Christians in particular, this is a time to halt, a time of pause, a period of waiting. But we do not wait for waiting's sake. We await the event of incarnation, a birthing of divinity and humanity in the world. We move collectively during this time of preparation, as a people, toward the promise of Christmas.

Like any other liturgical season, Advent takes form in our lives through practice. We practice Advent. And again, like any other liturgical season, the practices of Advent take on drastically different forms given the Christian sect/denomination/community wherein they are being ritualized. For instance, while some Christians will pray, light candles, and open miniature calendar doors each evening during Advent, other Christians will spend the bulk of Advent shopping for gifts, preparing meals, and attending bi-weekly church services. It's all about context.

The diversity of Advent practice is made more complicated by the undeniably far-reaching reign of commercial industries capitalizing on this time in order to make a profit. We hear "Jingle Bells" set to Best Buy's advertisements, see GAP models adorning cute little Santa hats in order to sell ordinary blue jeans, and find Christmas Blend coffee stocked heavily on the shelves at any local Starbucks. With equal force, those finding the man of Nazareth missing from this holiday extravaganza, step in the streets with their "No Christmas without Christ" signs or "Jesus is the reason for the season" buttons.

All of these things -- pious prayer, corporate cash-ins and religious resistance to consumerism -- are about the practice of Advent. There's a spectrum here and quite honestly during my 28 years of Christianity I've probably gone to the extreme on both sides. Today, after seminary training and years of work in the field of ministry, I find myself somewhere between unconscious consumerism and self-righteous blasting of all-things-Capitalist. I find myself practicing the "middle way."

There's meaning to be found in buying just the right gift for just the right someone, even if you find that gift at Best Buy. There's value to be found in lining up and resisting the forces of classism, homelessness, and hunger in our city streets -- and doing that resisting in the name of Christ precisely because Jesus came into this world through a homeless, unwed, pregnant, teen-age girl. Reverence for life and reverence for the liberation made known in Jesus can increase with every candle lighting, every sung version of "Oh Holy Night."

However, there's the danger of "going through the (Advent) motions" just to get through the holidays. This is the danger of meaningless habituation that accompanies any ritualistic activity. We can pick gifts off the shelf without thinking much about the person receiving them or where those gifts were made and under what conditions. We can prepare a Christmas meal for our extended friends and family because we're supposed to, not because we actually want to. We can go about the obligatory, business as usual practices "we've done every year," or we can go about the work of checking our intentions. Perhaps the most faithful discipline we can engage as we approach the season of Advent in 2009 is the practice of Advent intentionality.

As a progressive Protestant I've seen the shortfalls of "thinking" about religion -- my people are notorious for thinking themselves right out of holy living -- and so I am not advocating a more heady way of approaching Advent. Instead I'd like us to consider that we've always practiced Advent and there's something to be discovered in revisiting those practices with the lessons of faith we've learned in the last year. Certainly this will lead us to change some practices and to hold onto others with greater appreciation.

Next week: "What Are We Waiting For?" by Corbin Tobey-Davies.

Emily Joye McGaughy is a native Californian. She received her Bachelors of Art in Religion and Philosophy from Catawba College in North Carolina in 2005 and received her Masters in Divinity from the Pacific School of Religion in Berkeley in 2008. During her time in ministry she has worked with church communities, veterans, folks struggling with mental health and drug addiction, and women leaving prostitution. She is a member of and minister in the United Church of Christ.