Are Swiss Alps Threatened by Minarets?

Globalization and an increasingly multicultural and multi-religious West test the mettle of cherished democratic principles and values. Islamophobia, which is becoming a social cancer, must be recognized and be as unacceptable as anti-Semitism, a threat to the very fabric of our democratic pluralistic way of life. The continued threat and response to global terrorism coupled with the resurgence of xenophobia and cultural racism threaten the fabric of liberal democracies in the West and their Muslim citizens in particular. The fine line between distinguishing between the faith of Islam and those who commit violence and terror in the name of Islam, between the majority of mainstream Muslims and the acts of a minority of Muslim extremists and terrorists must be maintained. Blurring these distinctions risks the adoption of foreign and domestic policies that promote a clash rather than co-existence of cultures. They play into the hands of preachers of hate (Muslim and non-Muslim), religious and political leaders, and political commentators whose rhetoric incites and demonizes, alienates and marginalizes.

This article was previously published by The Huffington Post and is reprinted with permission.

John L. Esposito is professor of religion and international affairs at Georgetown University, founding director of its Prince Alwaleed Bin Talal Centre for Muslim-Christian Understanding, and author of What Everyone Needs to Know about Islam and Unholy War: Terror in the Name of Islam. 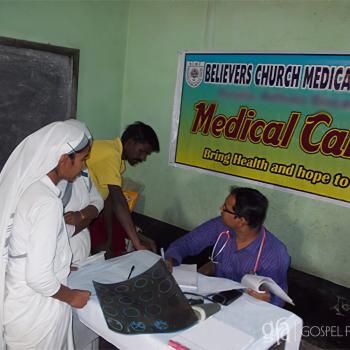 First ever cult Supreme Court Justice nominated by Trump
Ophelia Benson
Get Patheos Newsletters
Get the latest from Patheos by signing up for our newsletters. Try our 3 most popular, or select from our huge collection of unique and thought-provoking newsletters.
From time to time you will also receive Special Offers from our partners that help us make this content free for you. You can opt out of these offers at any time.
see our full list of newsletters
Editor's picks See all columnists