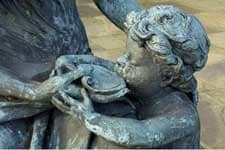 December is crunch time for charitable giving, with many nonprofit organizations taking in a third or more of their yearly income during the last month of the year. Perhaps that's why the New York Times recently featured not one but two A1 stories on charities?

"Aid Gives Alternative to African Orphanages" by Celia W. Dugger explores the idea that small cash payments to families are "a much better way to assist...bereft children" than the traditional orphanage model favored by many churches and organizations.

"Charities Rise, Costing U.S. Billions in Tax Breaks" by Stephanie Strom examines the rapid growth in the number of tax-exempt charitable organizations, including many that "are skillfully exploiting the tax code's elastic definition of what constitutes...a charity."

If Scrooge was seeking absolution for his miserly ways, he would find plenty of ammunition in these two articles, which generally downplay the tremendous good accomplished by thousands of effective and fiscally responsible charities.

The African orphanages article uses The Home of Hope orphanage in Malawi as its example of the traditional model of relief and development. Readers aren't told why the article focuses on this particular institution, which cares for 653 children, except for the fact that the pop singer Madonna supports the institution and adopted a boy there from this home. This hardly makes it representative.

The article consistently favors a newer and still unproven alternative model that focuses on cash grants to extended families that provide care for some (the article doesn't say how many) of "the 55.3 million children in sub-Saharan Africa who have lost at least one parent.

The need in Africa is great, and it's always good to question business-as-usual. But the article repeatedly takes what feel like cheap shots at the traditional model charities and orphanages:

Experts and child advocates maintain that orphanages are expensive and often harm children's development by separating them from their families....

More than a billion dollars in foreign aid has been spent over the past five years for orphans and vulnerable children, but some major donors cannot break down how their contributions were spent. Researchers say donors need to weed out ineffective, misconceived programs, scrutinizing those that are managed by international nongovernmental organizations or governments but reliant on volunteers in villages to do the work.

"An enormous amount of money is going into these efforts with very little return," said Linda Richter, who runs the children's programs at South Africa's Human Sciences Research Council.

Here in Malawi, hundreds of community groups have won small grants to start small labor-intensive businesses and are expected to donate all the profits to orphans. Pauline Peters, a Harvard University anthropologist, and Susan Watkins, a sociologist at the University of Pennsylvania, who have independently done years of field work in Malawian villages, say orphans have received few benefits from the millions spent.

"The donors have fantasies of the way things work -- that you can mobilize villagers to care for children who aren't theirs without paying them to do it," Professor Watkins said.

The article does not address the fact that for many individuals and churches who support work with children in Africa and elsewhere, instruction in the Christian faith is an important component of "holistic" (physical and spiritual) care for children, a component that is difficult to monitor if this work is handled by families instead of institutions.

The U.S. charity story took a fun approach to a serious problem by focusing on groups like the Woohoo Sistahs, a 50-member group that uses social events to fund cancer research; Save Your Ass Long-Ear Rescue, a donkey and mule refuge in Vermont; and "the Sisters of Perpetual Indulgence, a group of cross-dressing ‘nuns' who recently raised more than $25,000 for AIDS treatment and other causes with an event featuring a live S-and-M show."

On the serious side, the article points out that:

The number of organizations that can offer their donors a tax break in the name of charity has grown more than 60 percent in the United States, to 1.1 million, in just a decade.