Char-i-ty: the kindly or sympathetic disposition to aid the needy as a result of deep feeling or understanding of their misery or suffering. 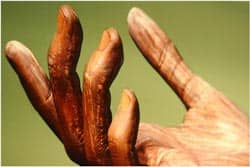 Warren E. Buffett's plan to transfer $31 billion of his wealth to the Bill & Melinda Gates Foundation carries with it the potential to accomplish many good things, particularly in the health and education fields where Gates is focused. But let's keep in mind that there are differences between the huge amount of charitable giving as practiced by most Americans every year, and the classic type of big foundation philanthropy that Buffett's gift represents.

Philanthropy, for all its good intentions, does not necessarily imply a personal connection with the needy person -- though it can and sometimes does. Philanthropy is the more institutional, "big-picture" cousin of charity, which is the personal and direct connection to those in need. Andrew Carnegie's building hundreds of libraries with the wealth he made in the steel industry is philanthropy. Your Aunt Evelyn volunteering at the local church-operated hospice and sending the facility an annual donation of $150, in perfect anonymity, is charity.

In 2005, Americans gave away more than $260 billion to thousands of charities, philanthropies, churches, disaster relief funds, and myriad other do-good projects. Individual giving accounted for 76 percent of that, or $199 billion, according to the Giving USA Foundation. By comparison, foundation grant making in 2005 amounted to $30 billion -- a sum that will be swelled considerably as Buffett's incremental wealth transfer to Gates gets underway.

The institutional approach to philanthropy that Buffett prefers is really in line with his character and his no-nonsense approach to investing. In an interview with Fortune magazine, Buffett said: "I don't think I'm as well cut out to be a philanthropist... The feedback on philanthropy is very slow, and that would bother me. I have to be too involved with a lot of people I wouldn't want to be involved with and have to listen to more opinions than I would enjoy."

Yes, you sometimes get an earful when you try to change the world for the better. If Buffett's arm's-length approach to curing disease, ending poverty, and making the world a sunnier place gets some positive results, he deservedly should be applauded. But someone will have to get close enough to the problem (they are often problems in the flesh) where not only opinions but names and faces must be dealt with.

Too often, the attention focused on large donations obscures those charities that seek not just the important alleviation of need or poverty but look to the long-term sufficiency and reconnection to community of the person served. Forty-six percent of all nonprofits do not even meet the required $25,000 annual budget required to mandate IRS 990 reporting. But such is charity. It has the added the core value of personal relationship between one with resources and one in need. And the majority of such charitable work is generally conducted by small, community-based, often faith-informed, programs without dependence on big government.

In fairness to Buffett, his past philanthropy has been sometimes directed through smaller contributions to smaller groups. Much of this has been through family foundations. In a letter to his son, Howard, Buffett identifies the guiding principles that have driven both his business and his philanthropy:

A couple of thoughts (but not directives): Focus the new funds and your energy on a relatively few activities in which [your foundation] HGB can make an important difference. Concentrate your resources on needs that would not be met without your efforts. Conversely, avoid making small contributions to the multitude of worthwhile activities that have many possible funders and that would likely proceed without your help. Consider working with your siblings on important projects. Pay attention to your home community but favor a broader view. Judge programs by how they fit with your goals and their chances for success, not by who makes the request. Expect to make some mistakes; nothing important will be accomplished if you make only "safe" decisions.

As for the Gates Foundation plans, let's appreciate Buffett's unprecedented philanthropic act for what it is: A gift that carries with it immense potential to do good. It is also, we should hasten to add, one of the many fruits of a free market system that sometimes produces unimaginable wealth for some people who can freely decide to put it to use in the world -- for good or for ill. We must hope that the morally good uses of the Gates and Buffet money -- health and education -- are emphasized to the exclusion of the morally objectionable causes -- abortion and population control -- to which they have sometimes been directed in the past.