The Christmas Wars: Holiday Displays and the Federal Courts 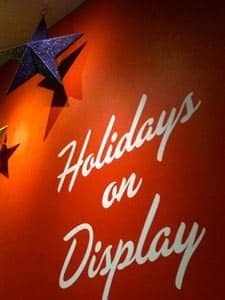 Heated disputes over seasonal religious displays in public spaces have become an American holiday tradition. Indeed, each year, as Christmas and Hanukkah approach, Americans across the country contest the appropriateness of the government sponsoring or even permitting the placement of nativity scenes, menorahs and other holiday decorations on public property.

The "Christmas wars," as these debates are known, have become a front in a much wider culture war. On one side, social conservatives argue that local governments have every right to recognize and acknowledge the religious nature of what are, after all, religious holidays. Civil libertarians and others counter that government should not be in the business of promoting religion, and that doing so is discriminatory and in violation of the First Amendment's prohibition on religious establishment.

What is and is not allowed when it comes to religious displays is still, to a large degree, open to debate. Some legal experts blame this uncertainty on the Supreme Court. The high court, they argue, has crafted a standard for judging the constitutionality of displays that is too subjective and thus leads to inconsistencies when applied by the lower courts.

Judicial efforts to determine whether various holiday displays violate the Constitution are part of a larger series of cases involving public religious displays. Since the early 1980s, courts have considered the constitutionality of a variety of religious displays, from Ten Commandments monuments on public property to religious symbols on government seals. While the holiday cases involve a unique set of contextual issues, all display cases ultimately involve the same basic constitutional questions.

The Supreme Court first addressed the issue of government sponsorship of seasonal religious displays in Lynch v. Donnelly (1984), which involved an annual display of holiday decorations sponsored by the city of Pawtucket, Rhode Island. The city's display featured a crèche (a manger scene portraying the birth of Jesus) as well as an array of other items including Santa, reindeer, a Christmas tree and cutout figures of a clown and an elephant. The group of residents that brought suit argued that the Christmas display, and especially the crèche, constituted government sponsorship of religion and thus violated the Establishment Clause.

In a 5-to-4 ruling, the Supreme Court decided that Pawtucket's display did not violate the Constitution. Writing for the majority, Chief Justice Warren Burger emphasized the long history of official acknowledgment of the role of religion in American life. This history, he wrote, suggests that the Establishment Clause does not require a total exclusion of religious images and messages from government-sponsored displays.

Read the rest of this article at the Pew Forum on Religion and Public Life.