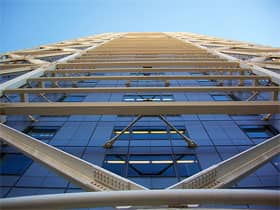 Whether bearish or bullish about the economy, there is no denying that business and management education are in a state of turmoil. The "new normal" will likely be something we've never seen before. A recent story on National Public Radio (NPR) captures this sentiment:

American Business Schools trained many of the people who had their hands on the tiller when the nation's economic ship ran aground. Now, those in leadership positions at top business schools are asking themselves what degree of responsibility they share.

The schools had critics before the economic crisis cost millions their jobs and their retirement saving. Now, the critics are louder, and the questions they raise are being taken more seriously.1

Anger germinates, even abounds in this current environment, but not all agree about what should be done. In the same NPR story, Jay Light, Dean of the Harvard Business School (HBS), and Stephen Kaplan, Professor at the University of Chicago's Booth School of Business, paint contrasting pictures of the current state of affairs in business education.

Kaplan takes a more optimistic view of the status quo, arguing that the reasons for the current crisis are multifaceted and cannot be attributed to MBA education alone. He states, "You look at the business world and the global economy since 1980, and it's stunning. Productivity growth around the world has been terrific. You know, where did all this come from? There's a huge success story of the tools of markets and economics that are taught at business schools."

Light, alternatively, argues that the present crisis should serve as an opportunity for deep introspection and change. In fact, he has commissioned a Harvard faculty team to lead such an effort to ensure that the current moment is appropriately seized.

Wherever you fall in this debate, it's clear we've approached a fork in the road, and the direction we choose will have important implications for the future. Business, with its far-reaching and increasingly interconnected stakeholders, will have difficulty absorbing the highs and lows of un-reined market forces. Consider the chaos of just the last ten years: the dot.com run-up and bust; Enron and a myriad of other corporate scandals; the housing bubble and sub-prime collapse; and the ensuing credit market meltdowns, just to name a few.

In my role at Seattle Pacific University (SPU) as Director of the Center for Integrity in Business, I work alongside those in the academic and business communities to re-imagine the role of business education in light of this unprecedented crossroad. This work takes on many different complexions, but one area of focus for us has been to reframe -- maybe more accurately, elevate -- the purpose for business as taught and modeled to students. In doing so, we've created a break from famed economist, Milton Friedman, and his prevailing view that the ultimate purpose of business is to increase shareholder wealth.

Although we don't deny the necessity of profit and the benefits that can attend profit - seeking, we believe the highest purpose of business is to serve -- first, by providing goods and services that enable communities to flourish, and second, by providing opportunities for persons to express aspects of their identity in meaningful and creative work. As businesses serve communities well, long-term financial health and profits have ample opportunity to follow.

Jeff Van Duzer, Dean of the School of Business and Economics at Seattle Pacific University, challenges those at the intersection of Christian faith and business to redefine "the bottom line." In our program, we "think of profit generation and return on investment as fundamental, as critical, as necessary, but not as the end of the operation. It's what you need to do in order to attract the capital from shareholders that will enable the business to do what it should be doing, which is to serve..."2

We don't have this worked out perfectly and readily admit that these ideas need empirical testing. But given the current environment, we feel less alone these days than we did just a few short years ago. One interesting development in reforming business education has been a grass-roots campaign to install a Hippocratic-like oath -- an integral component of medical education -- to the field of management. An oath for aspiring business leaders (see www.mbaoath.org) has gained momentum across the United States. This past year, 400 graduating students took the oath at Harvard Business School. And other programs, like Thunderbird, a highly-ranked global school of management in Arizona, have taken similar measures.

Article Continued On Next Page
Page: 1 of 3
12/1/2009 5:00:00 AM
About Kevin Juhasz
Kevin Juhasz is a content manager with a Colorado-based marketing company and the owner of <a href="https://www.thewritecontent.net/about">The Write Content</a>, which provides writing and editing services. He has more than 25 years of writing and editing experience with websites, newspapers, magazines, trade publications and more. Kevin has covered news, sports, entertainment, technology and a wide variety of other subjects.