Tom Friedman on Muslims and Terrorism 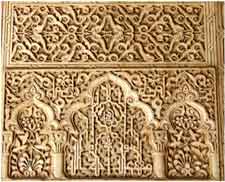 Thomas Friedman, in his December 15 column "www.jihad.com" repeats and reinforces the same tired, totally incorrect, but commonly-made generalization preached in his July 9, 2005 column, "If it's a Muslim Problem, It Needs a Muslim Solution," that "no major Muslim cleric or religious body has ever issued a fatwa condemning Osama bin Laden." In his most recent column, Friedman continues to assert, despite readily available information to the contrary, that " a "violent, jihadist minority seems to enjoy the most 'legitimacy' in the Muslim world today" and that "Few political and religious leaders dare to speak out against them in public" ... "How many fatwas -- religious edicts -- have been issued by the leading bodies of Islam against Osama bin Laden and Al Qaeda?" Friedman asks and then answers his own question with "Very few."

The real truth is that Muslim religious leaders have indeed spoken out strongly and often to condemn terrorism and violence, but mainstream media like the NY Times and columnists like Friedman have chosen to ignore them. For example, Muslim scholars' and organizations' condemnations (including fatwas) of the 9/11 attacks, given from Saudi Arabia to Malaysia to the US, can be seen here.  As reported by the BBC, already on September 14, 2001, statements condemning terrorism in general and Bin Laden in particular were made by a significant, influential, and diverse group of religious leaders, ranging from Shaykh Mohamed Sayed Tantawi, the Grand Shaykh of al-Azhar University in Cairo (viewed by many as one of the highest authorities in Sunni Islam) to Ayatollah Kashani in Iran. In addition, the North America Fiqh Council joined with other internationally prominent Islamic scholars in issuing a formal fatwa on 27 September 2001 condemning bin Laden's actions of 9/11 and also sanctioning Muslim participation in the United States' military response in Afghanistan. For a more comprehensive list of statements made by individual leaders and organizations pre- and post- 9/11, attacks in Europe and elsewhere, click here.

It is inconceivable that a knowledgeable reporter could be so unaware of major polls on Muslim attitudes toward religious extremism and terrorism and the many statements made by important Islamic leaders and organizations around the world denouncing acts of terrorism. Given Friedman's knowledge of the area and best selling book on the Middle East, we are dismayed by what can only be willful ignorance. The Gallup World Poll and the recent PEW Center poll of American Muslims provide hard evidence that refutes Friedman's views of the Muslim majority. Gallup data from 35 Muslim countries from North Africa to Southeast Asia, (see Who Speaks for Islam? What a Billion Muslims Really Think) found that Muslims and Americans are equally likely to reject attacks on civilians as morally unjustified. The PEW study American Muslim attitudes concluded:

Recent events such as the Fort Hood shootings and the arrest of five Muslim American students in Pakistan have raised questions about the threat of homegrown terrorism in the United States. However, the Pew Research Center's comprehensive portrait of the Muslim American population suggests it is less likely to be a fertile breeding ground for terrorism than Muslim minority communities in other countries. Violent jihad is discordant with the values, outlook and attitudes of the vast majority of Muslim Americans, most of whom reject extremism.

Friedman says "a corrosive mind-set" has developed that "says that Arabs and Muslims are only objects, never responsible for anything in their world, and we are the only subjects, responsible for everything that happens in their world." If he is so concerned about encouraging Arab and Muslim responsibility and building more resistance against the terrorists, then a positive response from him and the New York Times would be to promulgate and support rather than ignore or deny statements from Muslim leaders and the mainstream majority of Muslims who are speaking out against terrorism in the name of Islam. For Friedman and the Times not to recognize this is more than simply irresponsible journalism; it borders on a polemical advocacy that alienates our most valuable partners, mainstream Muslims, and US-Muslim world relations.

This article was first published on the Huffington Post and is reprinted with permission.

This post was co-written by John L. Esposito and John O. Voll, both from the Prince Alwaleed Bin Talal Center for Muslim-Christian Understanding.

John L. Esposito is professor of religion and international affairs at Georgetown University, founding director of its Prince Alwaleed Bin Talal Centre for Muslim-Christian Understanding, and author of What Everyone Needs to Know about Islam and Unholy War: Terror in the Name of Islam.