Venture Capitalists of the Streets

The Salvation Army occupies a prominent position in the American philanthropic landscape by virtue of both its size and its effectiveness. In this country alone -- the Army also serves in over 100 other nations -- the group annually assists about 33 million Americans, or one in every ten citizens. For a decade until 2003, it ranked first among charities nationwide in contributions raised, and its slip that year to number two wasn't repeated in 2004, thanks to Joan Kroc's January bequest of $1.5 billion. Its American work force totals over 3.5 million, but the overwhelming majority are volunteers, and a mere 5,400 uniformed officers oversee its 9,000 centers of operation and $2.5 billion budget.

That lean, decentralized management, with officers paid at minimum-wage levels, helps explain why the business world looks at the Army with amazement. Management guru Peter Drucker has famously lauded the Army for being "by far the most effective organization in the U.S.," nonprofit or for-profit. "No one even comes close to it," Drucker adds, "with respect to clarity of mission, ability to innovate, measurable results, dedication, and putting money to maximum use." Drucker cited such impressive programs as the Army 's work with 25,000 Floridians annually who are convicted to their first prison term. Statistically, most of them would become habitual criminals, but 80 percent of those paroled to the Army 's care are rehabilitated at far less than the cost of prison. Forbes has been similarly impressed: "The Salvation Army can teach us all a lot about how to run a business." The magazine calculates that if the Army 's employees and volunteers were paid at market rates, the organization would rank with the world's largest companies.

The Army's work with the poor rests on founder William Booth's conviction that it's not enough to "take people out of the slums," one must also "take the slums out of people." More recently, Robert Watson, a recently retired National Commander of the Army's U.S. branch, has written that "the real secret of our success is getting them to accept responsibility for integrating their hearts, their minds, their souls with transcendent purpose."

W. Todd Bassett is the former head of the Salvation Army in America. Though the unprecedented Kroc gift posed considerable challenges, Bassett was confident that the Army would maintain its spiritual and organizational traditions just as it has since it landed on these shores in 1880. This interview was conducted in 2004.

Could you give us a brief sketch of your life with the Army?

After attending college at Asbury College in Wilmore, Kentucky, I felt the call of God to go into full-time service as a Salvation Army officer. My wife and I entered the School for Officers' Training in 1963, and served in two community centers in Hackensack, New Jersey, and Lock Haven, Pennsylvania. I served at the School for Officers' Training on two different occasions, once as a field training officer and then as the assistant principal in the early 1980s.

One uniqueness of the Salvation Army is that both husband and wife serve together as Salvation Army officers, and their appointments come jointly, so that my wife serves as the National President of Women's Ministries while I serve as the National Commander. One of the great delights of this shared ministry has been youth work. We've run summer camps and overseen character-building and behavior modification programs for the Salvation Army's work with youth. For the last 20 years, we have had administrative responsibilities, serving two years in London at our International Headquarters, prior to the present appointment here at National Headquarters.

What are the major obstacles to overcoming poverty today?

That is not an easy question. I think the poor will always be with us. Until we can equitably provide education, job training, and medical opportunities to the poor, we're always going to have to deal with the difficulties of the poor. We must help them understand their self-worth and deal with their own mental and emotional state. Once you're down, it's hard to move back up, and if you've never been exposed to the dignity and the opportunities that America offers, it's hard to pull yourself up by your bootstraps. 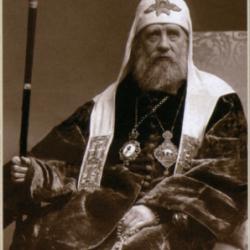 Are We Seeking Validation by Tolerating Toxic Relationships?
Danielle Kingstrom
Get Patheos Newsletters
Get the latest from Patheos by signing up for our newsletters. Try our 3 most popular, or select from our huge collection of unique and thought-provoking newsletters.
From time to time you will also receive Special Offers from our partners that help us make this content free for you. You can opt out of these offers at any time.
see our full list of newsletters
Editor's picks See all columnists