The Art of Hunting Tigers

A Literary Prelude, or, A Swift Sojourn to Ancient China 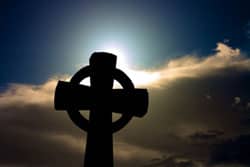 When I was an undergraduate at Stanford University, I took a course in ancient Chinese literature.  One of the stories that has remained with me over the years concerns an archer who was legendary throughout the Middle Kingdom for his extraordinary strength and skill at hunting.

As well as I can remember, the story ran thus.  When the archer took up a challenge to demonstrate his strength by firing an arrow directly into stone, he created the most powerful bow he could.  When he went into the forest to test it, he found that his arrows sank deep into the wooden flesh of the trees, but merely shattered or bounced off the rock.  Frustrated, the archer created a new bow, even more sturdy, and tested it again upon the rock - and again he failed.  Yet the archer was tenacious, and had never failed at anything in his life.  So he worked to grow stronger, and time and again he created a more powerful bow, until at last he was the only person strong enough to bend it.  Yet even then, his arrows could not penetrate the stone.  Angry and humiliated, the archer could only confess his failure.

That night, the forest was dark and filled with mist, and his people came to tell him that a tiger was passing through.  The archer left his home and tracked the tiger through the night.  At last, far ahead among the trees, he spotted the tiger's silhouette.  So the archer set an arrow to string, bent the bow as far as he could, and loosed the arrow through the air.

When he crept forward to see whether he had struck the tiger, the archer discovered that the silhouette he had seen amongst the trees had not belonged to the tiger at all.  It had belonged, in fact, to the same stone that had served as his target for many weeks before.  This time, however, the arrow had plunged deeply and cleanly into the stone.

So, at least, goes the story in my memory.  As long as the archer sought to prove himself, he could not succeed.  It was only when he did what came naturally to him as a hunter that he was able to succeed in what no hunter (qua hunter) would care to do.

To translate into Christian terms: some things can only be accomplished when they are pursued for the right reasons. And some things cannot be accomplished at all when they are pursued for their own sake.  Wisdom is not gained by the person who seeks to become wise in order to prove himself; wisdom is gained by the person who seeks to understand and obey the will of God in love and gratitude.  Maturity is not gained by the person who seeks to be more mature than others; it is gained by the one who humbles himself to learn from others and be shaped by God.  And sometimes we have to trust that if we pursue the tigers God has called us to pursue, if we are faithful to the vocations He has given us as Christians and as individuals, then God Himself (if it is His will) will bring us the things we cannot secure for ourselves, the things that tend to slip through our fingers the more tightly we grasp for them in our own strength and for our own purposes.

What, then, are the tigers we hunt?  According to the vision of the Evangelical Portal, according to our calling as best we can discern it, The Portal serves two essential functions.

Professing the Gospel in the Religious Marketplace

Patheos reproduces in miniature the marketplace of religious ideas, and the first task of the Evangelical Portal at Patheos is to present the gospel of Jesus Christ as clearly and compellingly as possible within that marketplace.  People of all faiths and no faith at all come to Patheos from around the United States and throughout the world, including some from countries where it is not legal to present the gospel.  This presents us with a unique opportunity to speak to a large and varied audience about the love of God and what it has accomplished in Jesus Christ.

Now, let me be frank and perfectly clear.  Patheos as a whole seeks merely to be a trustworthy source of information regarding the world's faith and wisdom traditions.  Patheos as a whole does not have a religious agenda, except to elevate and inform the global discourse on religion and spirituality.  Patheos is neither founded nor funded by evangelicals, but Patheos understands that one cannot invite people of faith to set up shop and then forbid them from behaving like people of faith.  At Patheos, evangelical believers as well as Christians of other stripes and people of all faiths are welcome to represent themselves and contend for their viewpoints, their values, and their confessions.