The Gospel of Contradiction: An Interview with Mary Gordon 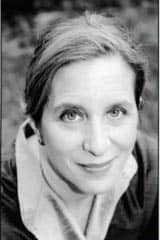 The Bible is a book, in the material sense, more or less like any other book -- it is even an all-time bestseller. But people don't read it the way they read other books: for many readers, this is a text we measure our world against, rather than the text against the world.

Mary Gordon is an accomplished novelist, memoirist, and teacher, most recently the author of Circling My Mother, Pearl, and a collection of short stories. She is also New York's official State Author. Her latest book, Reading Jesus, brings a writer's eye to the narrative focal point of the Christian scriptures, the four Gospels. After a lifetime struggling with her Catholic faith (and her father's abandoned Judaism), Gordon turned to these texts more resolutely than she ever had before. What she found there is messy and contradictory, far from the packaged certainties of radio preachers and the theocratic elements of American politics. But why, she wonders, do people so consistently read them that way?

I spoke with Mary Gordon at the dining room table of her New York City apartment, across the street from Barnard College, where she now teaches English.

What caused you to write a book about Jesus? What readers did you have in mind?

When I started, I was concerned with the prevalence of fundamentalism today. The question that I kept asking myself, which I always try to ask myself as a fiction writer, was: why is this succeeding? It was feeding some appetite. It's easy to say that all fundamentalists are stupid, or wicked, but that didn't seem like enough to me. The Bible registers for them on an emotional level, mainly as fear and rage. I was hoping to open a way of accessing the consolation and the richness that the Gospels offer.

Over the years, I keep coming back to them because they seem to hit more tones and evoke more human possibilities than other texts that I know. Yet that very amplitude makes them difficult. I felt I could understand where the fundamentalists' need comes from, but it seemed to me like that hunger was being fed with junk food. I wanted to meet people at the point of their hunger and say, "This other way is difficult, but at the end of the day, it's more satisfying." I was thinking of people who have turned to fundamentalism out of fear, as well as intellectuals who can only see religion as it is in the hands of fundamentalists. I felt that the Bible's complications had been hijacked, and I wanted to open them up.

When interpreting a text, one always brings something to the process. What are you bringing? Is it experience, or reason, or even the Holy Spirit?

One of the things that I wanted to explore in this project is what kind of reading scripture demands. In one sense, it's reading, just like reading the instructions for your DVD player, or King Lear, or a graphic novel. But that verb isn't adequate for all these different experiences. This is a text that you may have thought -- as I once did -- was the Word of God, literally containing your salvation or damnation. It has a whole overlay of your personal history, your anguish, and the culture of the West. It has your coloring book and it has Bellini. It has the horrible ranting of anti-Semites and of people who hate the body, but it also has Oscar Romero and George Herbert. The Gospels carry so much in them, so the reading can never be simple. It is a uniquely complicated experience.

The book is called Reading Jesus, but sometimes it feels more like you're arguing with him, in a way that one doesn't see very much in Christian writing. It seems more Jewish.

Well, I'm half Jewish; my father was a Jew. As my mother would say, I come by it honestly. When my father died, I was 7. Everybody said, "It's okay, he's in heaven." At that moment, I pledged myself to never ignore the difficulty in any situation. I thought it was a terrible betrayal. Similarly, it would have been a betrayal of those who have struggled with Jesus and left him for good reasons not to take seriously the parts in the Gospel that would give you a good reason for giving up on it. I had to read the parts of the text that I didn't like. At the end of the book, I am still with Jesus. But I felt that I could only do that with integrity if I fully grappled with the parts of him that I really didn't like at all.

How do you imagine this book will come across to Jewish readers?

My great wish is that Jews who haven't read the Gospels will trust me enough to look at a text which perhaps they've been afraid of or thought has no relevance to them. I'm not trying to convert them. If I had a fantasy, it would be Abraham Joshua Heschel saying to me, "That was very good. I liked that." Of course, he did read the Gospels. But there is a cohort of very high-minded Jews who feel the Gospels are dangerous, and I understand that completely. I hope I can be trustworthy enough to the Jewish community that I can lead them to more familiarity with a very great text.

Article Continued On Next Page
Page: 1 of 3
1/20/2010 5:00:00 AM
About Kevin Juhasz
Kevin Juhasz is a content manager with a Colorado-based marketing company and the owner of <a href="https://www.thewritecontent.net/about">The Write Content</a>, which provides writing and editing services. He has more than 25 years of writing and editing experience with websites, newspapers, magazines, trade publications and more. Kevin has covered news, sports, entertainment, technology and a wide variety of other subjects.