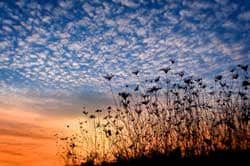 In writing of Sigmund Freud, one master diagnostician of human suffering, the psychoanalyst and philosopher Erich Fromm observes:

The attempt to understand Freud's theoretical system, or that of any creative systematic thinker, cannot be successful unless we recognize that, and why, every system as it is developed and presented by its author is necessarily erroneous.... The creative thinker must think in the terms of the logic, the thought patterns, the expressible concepts of his culture. That means he has not yet the proper words to express the creative, the new, the liberating idea. He is forced to solve an insoluble problem: to express the new thought in concepts and words that do not yet exist in his language.... The consequence is that the new thought as he formulated it is a blend of what is truly new and the conventional thought which it transcends. The thinker, however, is not conscious of this contradiction.

The Buddha, of course, was himself a master diagnostician, and while there are obviously great differences between him and Freud, I think that we can apply Fromm's point to the Buddha's own "liberating idea." Even the most creative, world-transforming individuals cannot stand on their own shoulders. They too remain dependent upon their cultural context, whether intellectual or spiritual -- which is precisely what Buddhism's emphasis on impermanence and causal interdependence implies. The Buddha also expressed his new, liberating insight in the only way he could, using the religious categories that his culture could understand. Inevitably, then, his way of expressing the dharma was a blend of the truly new (for example, the teachings about anatta, or "not-self," and paticca-samuppada, or "dependent origination") and the conventional religious thought of his time. Although the new transcends the conventional, as Fromm puts it, the new cannot immediately and completely escape the conventional wisdom it surpasses.

By emphasizing the inevitable limitations of any cultural innovator, Fromm implies the impermanence -- the dynamic, developing nature -- of all spiritual teachings. As Buddhists, we tend to assume that the Buddha understood everything, that his awakening and his way of expressing that awakening are unsurpassable. But is that a fair expectation? Given how little we actually know about the historical Buddha, perhaps our collective image of him reveals less about who he actually was and more about our own need to discover or project a completely perfect being to inspire our own spiritual practice.

Understanding this becomes especially helpful when we try to understand Buddhist teachings about karma, which has become a problem for many contemporary Buddhists. If we are honest with ourselves, most of us aren't sure how literally it should be interpreted. Karma is perhaps most often taken as an impersonal and deterministic "moral law" of the universe, with a precise calculus of cause and effect comparable to Newton's laws of physics. This understanding, however, can lead to a severe case of cognitive dissonance for modern Buddhists, since the physical causality that science has discovered about the world seems to allow for no such mechanism.

In contrast, some key Buddhist teachings may well make more sense to us today than they did to people living at the time of the Buddha. What Buddhism has to say about anatta, for example, is not only profound but consistent with what modern psychologists such as George Herbert Mead and Kurt Lewin have discovered about the constructed nature of the ego-self. Likewise, what Buddhist thinkers such as Nagarjuna have said about language -- how it tends to mislead us into assuming that the categories through which we describe the world are final and absolute -- is consistent with the work of linguists and philosophers such as Ludwig Wittgenstein and Jacques Derrida. In such ways, Buddhism dovetails nicely with some of the best currents of contemporary thought. But such is not the case with traditional views of karma. Of course, this by itself does not refute karma or make it impossible to be included in a contemporary Buddhist perspective. It does, however, encourage us to think more deeply about it.

There are at least two other major problems with the ways that karma has traditionally been understood. One of them is its unfortunate implications for many Asian Buddhist societies, where a self-defeating split has developed between the sangha and the laity. Although the Pali canon makes it quite clear that laypeople too can attain liberation, the main spiritual responsibility of lay Buddhists, as commonly understood, is not to follow the path themselves but to support the monastics. In this way, lay men and women gain punna, or "merit," a concept that commodifies karma. By accumulating merit, they hope to attain a favorable rebirth or to gain material reward, which in turn redounds to the material benefit of the monastic community. This approach reduces Buddhism, quite literally, to a form of spiritual materialism.