Our Lives as Sacred Texts 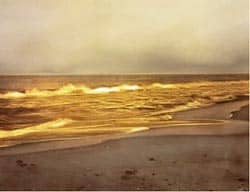 An emerging theme from the essays in From the Pews in the Back: Young Women and Catholicism is the collective value the writers place on their Catholic role models.  Whether their models are the women of Scripture, members of the communion of saints, or the women they encounter in their everyday lives, the writers in this collection draw inspiration from examples of a faith lived in action.

As Kate and I were working with their essays, I became increasingly convinced that the stories in this collection were a continuation of the line in which the stories of Scripture stand.  Our tradition looks at its Scriptures as the inspired word of God, spoken in salvation history.  However, salvation history did not end there.  Rather, it unfolds as a dynamic and lived experience that we encounter in our contemporary context.  Although we do not elevate our own experiences of faith to the status of Scripture, we can look on them as another kind of sacred book, as living texts to be placed alongside our Scripture and our Tradition, aiding our growth.  In the paragraphs that follow, I will offer brief meditations on the lives of women of faith. Their stories provide much for us to contemplate, and their examples encourage us to live lives characterized by faith and action today.

Mary the Mother of Jesus

In Truly Our Sister, Elizabeth Johnson gives us a jumping off point to understand the historical context of Mary, the mother of Jesus.  She reminds the reader that a close approximation of her name is Miriam and confirms that she lived in Nazareth.  Eventually she was married and became a mother within a particularly challenging socio-historical context, characterized by the domination of imperial Rome.

However, in spite of her lack of access to significant economic or political power during her time, or perhaps because of it, she is the woman whom God chose to give birth to Jesus.  When the angel Gabriel visits Mary, he announces that she has "found favor with God," that the Spirit of God will come upon her, and she will give birth to a Son.  We often forget that Mary had a choice.  As a young adolescent woman who was still engaged to the man who would become her husband, she could have done any number of things at that point.  However, she chose to say yes, to follow the plan that God had set for her.  Exercising her agency in a time when most women of her social standing were disempowered, Mary stands as an example for all women to do the same.

Julian of Norwich, a saint and mystic born in what is now Great Britain around 1342, put her visionary experiences to words in the Short Text and the Long Text that make up Showings.  In her contribution to Christian Spirituality: The Classics, Elizabeth Koenig explains Showings as Julian's attempt to share her visions with her contemporaries and to interpret them theologically, focusing on the impact prayer has on an individual over a lifetime.  Koenig tells her reader that Julian writes of God as mother and explores the need "to adhere to the goodness of God" through contemplative prayer.  Julian develops a trinitarian theology around the notion of God as mother, and the way in which Koenig explains Julian's understanding of Jesus' relationship to humanity is particularly moving.  "Jesus works through his passion to unite human persons' ‘sensuality‘ with their ‘substance,' meaning that everything in them that resists God is joined to everything in them that never departed from God," Koenig writes.

The example of Julian inspires women like Monica Hammer, a contributor to From the Pews in the Back, who took pilgrimage to England, literally following in the mystic's footsteps.  Upon visiting Julian's cell in Norwich, Hammer was "inspired to learn that tremendous spiritual riches came from such a simple life.  So inspired, in fact, that [she] thought about converting to Catholicism once [she] returned to the States."  However disappointed Hammer felt by much of Catholic history, she felt drawn to the example of Julian, as well as that of Mary the Mother of Jesus and of Hildegard of Bingen, and she continued to explore where their examples led her on her journey of faith.