An Interview with Dr. Lynne Gerber 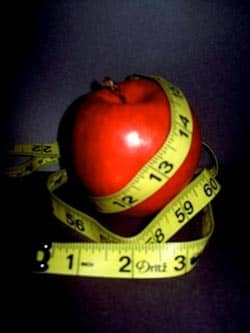 Lynne Gerber is a Research Fellow in the Religion, Politics and Globalization Program at the University of California at Berkeley.  Due to her research into evangelical weight loss programs, Timothy Dalrymple, manager of the Evangelical Portal at Patheos, interviewed her for the Public Square discussion on "Religion and the Body":

Can you summarize your research into evangelical perceptions of beauty, weight, and weight-loss?  What was your approach, and what did you find regarding evangelical attitudes toward the body, beauty and weight?

My research was focused on a Christian weight loss program called First Place, which in its content is similar to a standard secular weight loss program.  It focuses on a food-eating plan, not unlike Weight Watchers, and on exercise.  Then it also includes a spiritual component with Bible studies, scripture memorization, prayer, and encouragement of people in the group.  First Placegroups of 10-12 people meet weekly in churches around the country, to share the weight-loss journey together.

In First Place, you see the range of complicated attitudes that Americans have towards issues of fat, body-size and the modification of body-size--but with a particular set of evangelical problems or questions associated with it.  On the one hand, because evangelicals are Christians, they want to be less concerned with appearance or vanity.  They want to be less judgmental toward fat people; they're concerned about social judgment and stigma.  On the other hand, they're American, and they actually are quite concerned with body size.  They're concerned about the perception that evangelicals are fat and getting fatter, and concerned with how that might inhibit their witness for God.

So, on the one hand, in a Christian weight loss group you will find people saying "This concerns something deeper and more important than appearance.  If you come to this program just to lose 20 pounds for your daughter's wedding, that's not a good enough reason.  You need to have a holier reason."  On the other hand, when you start talking about the holier reasons, such as "body size impacts our witness to others in the world," the implicit assumption is that fat people are not good witnesses, because their body size indicates the presence of sin in a way that undermines the Christian message.  Larger American problems around questions of fat and body-size get reappropriated and reconstructed in evangelical-specific ways.

I would add that in my view, another part of the equation is how evangelicals and conservative Protestants are depicted in broader discussions about obesity epidemics.  The discourse concerning weight-loss and obesity in American culture is already highly politicized, and has become a stake in these battles between what we call liberals and conservatives.  Often, in those debates, it is conservative Protestants who are depicted as fat.  And a lot of the stereotypes associated with fat people are stereotypes that have historically been associated with conservative Protestants.  So, for example, they live in "red states" and not on the coasts; they're less educated and sophisticated; they tend to live in the country rather than urban centers.  So, in some anti-obesity discourse from a more mainstream perspective, you can see the gravitating of certain stereotypes.

Is there data on the prevalence of obesity amongst evangelicals?

Kenneth Ferraro has done research on the correlation of religiosity and obesity.  In his findings, people who are religious tend to be fatter than people who are not religious.  His further research broke that up by denomination.  I believe the more conservative denominations were on the fatter end of the spectrum, and the more liberal churches were on the thinner end.

Now, that's interesting for a lot of reasons.  There is a strong correlation between body size and social class, due in part to environmental factors that keep poor people from having access to things like fresh food and exercise.  There's also the question of job discrimination against fat people that prevents them from entering more lucrative positions.  Those two forces tend to group fat people in the lower end of the class spectrum.  So these findings that religion correlates with obesity need to be complicated with questions of class.  It may be that conservative Protestants are more likely to be fat not because of their faith but because of their class.