Finally, I came to the following three-step framework. The three steps loosely resemble three biblical scenes wherein characters struggle with troubling situations. The first step is modeled after Aaron. When Moses tells Aaron that Aaron's sons have been killed at the dedication of the tabernacle (Leviticus 10), Aaron's response is silence. The silence, it seems, is his first acknowledgement that this too is "a way of God." Although this might be "a way of God" that is problematic, it is still "a way of God." Aaron's silence lets the impact of the death and tragedy hang in the air, untainted by pieties or apologies. As a reading practice, this model dictates that the reader first allow a text to wash over him or her as is, in all of its troubling aspects, without the vitiation of apologetics or even the distancing of historicistic location (i.e., "In the culture in which the rabbis lived...").

The second step is modeled after Abraham's interaction with God concerning the destruction of Sodom and Gomorrah. When God tells Abraham that God is about to destroy the cities, Abraham addresses God: "Shall not the Judge of all the earth do justly?" That is, is God in this situation living up to the ethical standard that God demands? As a reading practice this model suggests that the reader judge the text by the standard of the text. "Is this text living up to the ethical standards demanded by these texts?" Is this mashal, this parable, representing a relationship between man and woman that is consonant with that found in rabbinic literature in general, or is this text an aberration?

The third step is modeled after Moses' argument with God following the incident of the Golden Calf. When God seeks to destroy the people of Israel, Moses responds: Forgive your people or "if not, blot me, I pray Thee, out of Thy book which Thou hast written" (Exodus 32:32). This final step in the reading practice is most difficult. Here, the reader must decide whether or not this troubling text is Torah. Is this what one has in mind when reciting the blessing for studying Torah? Moreover -- and here the context of the specific teaching situation is all-important -- in what way does this text inform one's practice? To put this another way, to what extent am I ready to let this narrative stand as part of the cultural framework that produced the laws of divorce?

The final step in this engaged reading practice is to take responsibility for the narratives that enmesh (intentionally or unintentionally), or ground (intentionally) legal choices. As Robert Cover argues, laws are the concrete ways that values are articulated, and these values are initially (and of necessity) voiced through narratives, so changing the narratives will also change the laws. Within the context of a Rabbinical School, where reading texts is an act of talmud Torah, and halakhah defines the parameters of daily life and interaction with the sacred, there is no more significant point in study than this final moment of deciding where the boundaries of Torah reside. 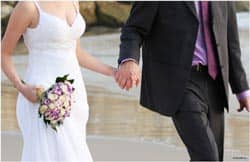 Returning to the earlier example, I could neither reconcile what I read with my understanding of a relationship between a man and a woman nor reconcile it with the obligations of husband to wife and vice versa that are enumerated elsewhere in rabbinic literature. Neither could I put aside the mashal by saying, "it is only a parable," or "it is from a different historical moment," or "this narrative was generated for a specific reason, and out of a specific set of hermeneutic and theological constraints." After struggling through this process I had to say that this was not Torah. The mashal was not merely reflecting the pain felt by Sages in the exile -- a pain they feared would continue unabated. The construction of the relationship between men and women that was essential to this parable completely erased any notion of tzelem Elohim (divine image) that all men and women are imbued with. In the end, I was forced to say that when I say birkat haTorah (the blessings of studying Torah) each morning bounding my study of texts as sacred work, this text falls outside those bounds.

Reprinted with permission from Sh'ma: A Journal of Jewish Responsibility (April 2001).