The Best Thing about Death 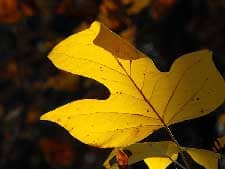 What is the best thing about Death? That's a very unusual question and not one I had ever heard before. It came as quite a shock. We were sitting around in the living room planning our Samhain ritual - by "we" I mean the women who make up our Dianic Wiccan circle. We gather two weeks before each Sabbat to plan our rituals. All of our women are welcome and encouraged to participate in ritual planning - newcomers as well as veterans - to underscore the fact that we create magic entirely from ourselves and from our own energies. All voices are heard and all ideas are welcomed.

We have a basic structure to our rituals, so most of our effort is spent figuring out what the intention will be, because intention is everything. Then we craft a Sacred Question, based on that intention, that each of us must answer during the ritual.

Samhain by its very nature carries themes of Death and the beginning of the Dark season of the year. So we were murking around in deep and serious thoughts about honoring the Dead, what Death means to us, and how we would survive, dead and empty, like Inanna on her hook, when one of our bright young newcomers popped the question: "What is the best thing about Death?" It was bold. It was direct. It was entirely novel and even positive. We decided to use it.

The temple was dark with only the central candle and four directional candles on the altar for illumination. After we invoked the Goddess and blessed the athames, we sat around the altar to answer the Sacred Question. Several women said the best thing about Death was the ending of things - like illness, aches and pains, cares and worries, debts, and the like. Others took a different tack and they spoke about being free of the body and its limitations, free to wander and explore. Yet others spoke of transformation or new beginnings.

For me, Samhain is never a new beginning. It is a death, a little death that foreshadows my final death. It is an ending with no beginning, no future in sight. There is nothing to transform unless it is the transformation of something into nothing. It is a step into the Void - into my complete dissolution.

I like that. That is one of the best things about Samhain. I leave behind all my mistakes and my successes, my blunders and my achievements, the guidelines by which I operated over the last year, and I completely empty myself. All those things around my house that have bugged me or gotten in my way during the year I toss out or finally fix. All those clothes that I have not worn in twelve months or more go back to the recycling store. All the assumptions, enmities, infatuations, and energy investments of my past year are up for scrutiny and not a few of them are discarded. Samhain, the little death, is a rich cleansing and invigorating and unburdening experience. It is an opportunity to wipe the slate clean... and then perhaps even to throw away the slate!

This is not what some call their "dark time of the soul" in which they find no meaning or purpose to Life and struggle with what is real and what is not. Usually the only people who talk about dark times of their souls are those who have emerged on the other side and have found a new future. The little death of which I speak does not have an exit. Nor is this nihilistic - the total denial of the reality of experience.

Quite the contrary, the little death is a very highly charged experience. It is energizing to be unburdened. That energy is doubled and tripled if no new burdens are placed upon it like hopes and dreams or wishes for the future. Why limit the future like that? Why not instead enter the Dark Time on its own terms as if it were the last time, the Void, the big Death?

In our circle we stay in the dark and void until Candlemas, honoring the dark and its gifts as much as we honor the other seasons of the year. That's what I find to be the best thing about Samhain's "little death."

But what is the best thing about the big Death? There are those who believe in a life after Death. They may believe in an afterlife, a Summerland, or in some form of reincarnation, but I find it much more exciting to see the end as THE END. That is my answer to the question. It is its finality. Instead of stepping through a door, going to a "better place," or achieving some kind of reward or punishment for the kind of life I have lived, the finality of Death tells me there is nothing beyond my physical demise. There is no reward or better place or white shores and a swift sunrise. There is nothing to which to look forward. Rather, the finality of Death forces me to turn around. It forces me to look backward from its standpoint, to see with its clarity, what remains of my Life.