Gender-Bending and the Divine 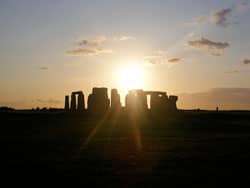 We all have an idea about whom we're talking to when we talk to the divine. Obviously, your idea is going to be slightly different than mine. So, before we look at the nature of the God and Goddess, it is important to understand the perspective I will be speaking from. This is whom I am talking about when I speak of the God and Goddess:

What is soft polytheism, you ask? Thanks for asking! That's a really smart question to ask, and I always knew you were smart. Well, let me provide you with a quick answer: Soft polytheism is the belief that different deities are just aspects of one prime deity. Or, they could be psychological archetypes (like, the Goddess is the archetypal woman), or simply personifications of nature.

When I first began to seriously study the neo-pagan path, this concept was a bit foreign, and originally didn't sink in. It wasn't until the last 3-4 years that I really began to understand what this means. If you trace the origin of any deity, you see that He/She evolved from some various incarnation of one God or Goddess or another from any given region going all the way back to the Fertile Crescent and those lovely little Goddess figurines early peoples carved in veneration.

For example: The same Goddess we know as love personified, Aphrodite, has evolved from the Sumerian Inanna (who was over warfare), the Phoenician Astarte (fertility, sexuality, and war), the Etruscan Turan (vitality), and the Roman Venus. She also has much older correlations to various goddesses of the dawn, and others. Yet, we think of her as the silly Goddess who flippantly fixes people up for fun, flies around naked on a seashell, and has sex with whatever hot boy-toy of the week she feels like. This oversimplified version of this aspect of the Divine works for some people, and not for others.

So, who are the God and Goddess? Surely the cauldron-stirring Cerridwen can't be the same divine Lady as the compassionate Kuan Yin. Right? ... Right? Well, I think that's wrong.

It should really come as no surprise that the thunderous Thor and the philandering Zeus are linked as well. They are parallels of many male deities in the European-African-Asian area of the world that have relations to thunder, oaks, or both. It is proposed by some that Thor and Zeus are the same as the Roman Jupiter (but that's kind of a ‘duh' statement, isn't it?).

Well, it's also proposed that these Gods are equivalent to the Celtic Taranis, the Baltic Perkunas, the Armenian Torq, and the Slavic Perun -- among a whole litany of other deities. Names and minor associations may change, but what doesn't change is the honor people paid to the wild, uncontrollable elements.

And that's what it all goes back to, isn't it?

Yes, there are Gods of peace and Goddesses of chess, and rulers, both male and female, of every emotion that humanity can feel, and even more under the influence of drugs. But, the farther and farther back we go in human history, we see that mankind was simply attempting to box up the wild, untamable landscape of natural phenomena witnessed by early man.

We didn't call him Thor or Zeus or Jupiter, but we saw the bolts of light hurtle across the sky, hit the brush on the ground, and create a brilliant fire. We knew this was beyond humanity; it must be divine. So we worshipped this force. We worshipped that great sphere of heat and light and the glowing, gentle sphere of white.

We worshipped the stars and the dirt and the oceans, because it was all so much greater than us, and because we hoped that by appeasing these forces, maybe, just maybe, they might start working in our favor.

Over time these forces were named, renamed, sculpted out of things, carved into things, given birds' heads or a thousand breasts or depicted riding on mice. They've been called an infinite number of names, and will continue to be called even more, but what they represent is something very basic and very primal: the ever-flowing, unceasing, unyielding birth and rebirth of the Universe.