Classical rabbinic literature portrays God in a similar way. However, in rabbinic writings, God no longer communicates with people through prophecy, and God is no longer considered a direct legal authority. One of the most radical Jewish descriptions of God can be found in the heikhalot literature, an early corpus of mystical texts, which actually describes the physical dimensions of God. Though most early Jewish thinkers did not shy away from depicting God in human terms, Philo, a 1st-century philosopher, was an exception. He integrated Greek philosophy with Judaism and conceived of God in a more abstract way.

The medieval philosophers departed from the non-systematic theology of biblical and rabbinic literature. Philosophers like Maimonides worked tirelessly to make their philosophical interests coincide with the truths of the Bible. They wrote proofs for the existence of God and struggled with passages in the Torah that seem to compromise God's unity. The medieval mystics -- or kabbalists -- also developed systematic theologies. They posited that God in Himself -- known as the Ein Sof, or Infinite -- cannot be discussed or described. However, God is revealed in the ten sefirot, divine attributes or powers, and this manifest form of God is intelligible to humankind.

Secularization and the values of the modern world have created challenges for traditional conceptions of the Jewish God. Jewish thinkers adjusted to the rationalistic universalism of early modern philosophy by focusing on the ethical implications of Judaism's belief in one God. Later, existentialists like Martin Buber focused on the experiential relationship between humans and God. Mordecai Kaplan and Richard Rubenstein took the challenges of scientific naturalism and the Holocaust so seriously that they rejected the traditional Jewish God. Finally, feminism raised serious questions about the problems of a male God.

This article was first published by My Jewish Learning, a Patheos Partner, and is reprinted with permission.

The Corner Crone: The Parable of Cernunnos and Swallowtail
Martha Kirby Capo
2 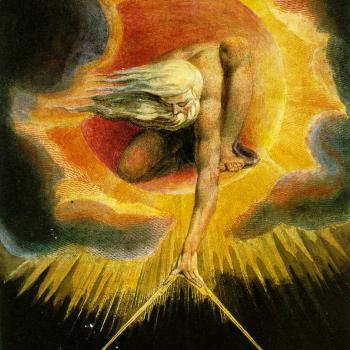 Of Creatures And Their Creations: The Tempting Power of Human Creativity
Anthony Costello
3

Divine Determinism and Human Freedom: The Romans 9 Debate
B. J. Oropeza
Get Patheos Newsletters
Get the latest from Patheos by signing up for our newsletters. Try our 3 most popular, or select from our huge collection of unique and thought-provoking newsletters.
From time to time you will also receive Special Offers from our partners that help us make this content free for you. You can opt out of these offers at any time.
see our full list of newsletters
Editor's picks See all columnists