A Hierarchy of Heavens 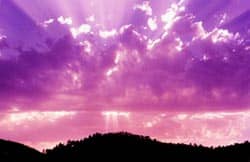 One unique element of Mormonism is the concept of the fate of the soul after death. The founder of Mormonism, Joseph Smith, eventually developed a view of the afterlife that is much more complex than that held by most other Christian groups. Traditional language of heaven and hell and salvation and damnation do not work well in the Mormon context.

In Mormon teachings, the final judgment comes in stages. The first stage occurs immediately after death. The disembodied spirit is judged as to its general goodness and is assigned to one of two places: paradise or spirit prison. Those souls in paradise enjoy peace of conscience and a time of rest. Those in spirit prison, by contrast, are tormented by guilt and are denied rest. Both groups, however, suffer because they are separated from their physical bodies, something that, according to Mormon scripture, the spirits view as a form of "bondage." At the time of Christ's resurrection from the dead, the inhabitants of paradise were also resurrected. Those who entered the spirit world after Christ's resurrection, however, must await resurrection until the time of Christ's second coming on earth.

Eventually, after Christ returns to the earth, another stage in the judgment occurs. In order to understand this phase, it is first necessary to grasp the three-tiered hierarchy of heavens described by Joseph Smith. The highest heaven, called the Celestial Kingdom, is the destination of those persons who accepted all of the necessary rituals performed by the authority of the Mormon priesthood and who were valiant in their testimony of Jesus Christ.

Mormons believe that missionary work continues among the spirits waiting in prison, and those who accept the teachings of the Church in prison are eligible for the Celestial Kingdom. It is for this reason that Mormons perform temple rites on behalf of their dead ancestors. Irrespective of when souls receive the necessary teachings and rituals, the people who make it to the Celestial Kingdom live in the presence of God the Father and Jesus Christ and are "exalted."

The Celestial Kingdom itself is divided into three parts. Mormon scripture says nothing about the lower two levels, but specifies that only those persons who are married for time and eternity in Mormon temples are eligible for the highest Celestial tier. The next level is the Terrestrial Kingdom, a place inhabited by men and women who lived honorable lives and who accepted the atonement of Christ, but who were not valiant in their testimonies of Christ. Residents of this kingdom enjoy the presence of Jesus Christ, but not God the Father.

The third possible destination of the soul is the Telestial Kingdom. It is here that all those sinners who refused to repent will find themselves. In Mormon theology, Christ's suffering and death make it possible for a sinner to be released from the punishment of misdeeds in the afterlife if the sinner repents and accepts Mormon baptism. Those who do not repent suffer during the afterlife, but even the darkest sinners eventually are redeemed through the atonement of Christ into a realm of glory. While they may enjoy the influence of the Holy Ghost, residents of the Telestial Kingdom are deprived of the presence of the Father and the Son.

At the time of Christ's second coming, those persons who lived lives worthy of the Celestial and Terrestrial Kingdoms will be resurrected and will live on earth under the personal rule of Jesus Christ for a period of 1,000 years. Those destined for the Telestial Kingdom remain separated from their physical bodies until the 1,000-year period has ended. Mormonism thus lacks a traditional heaven/hell dichotomy and offers instead a variety of potential outcomes, based on the willingness of individuals to implement the teachings of the Church into his or her life. Mormons thus speak of those in the Celestial Kingdom as heirs of "exaltation" and those in the lower kingdoms as heirs of "salvation."

In addition to the three "Kingdoms of Glory," a fourth potential destination also awaits certain souls. "Outer Darkness" is a mysterious place that is the home of Satan and those spirits who followed him when he was cast out of heaven at the beginning of time.  It is also the destiny of those persons who, while living on earth, had a perfect knowledge of the divinity of Christ but chose to reject him and sin against his teachings. In Outer Darkness, there is endless lamentation and no divine presence. It is the closest Mormon analogy to the concept of hell in most other Christian traditions.

About Stephen Taysom
Stephen Taysom is Assistant Professor of Religious Studies at Cleveland State University. He has previously taught religious history at Franklin College and Indiana University. His research has appeared in a variety of professional journals. Some of...