Mormon References on the Afterlife 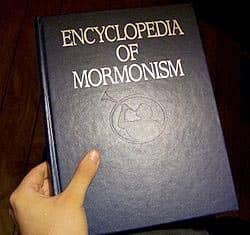 See this page in the original 1992 publication.

The Church of Jesus Christ of Latter-day Saints has an optimistic view of the eternal rewards awaiting mankind in the hereafter. Members of the Church believe that there are "many mansions" (John 14:2) and that Christ's Atonement and resurrection will save all mankind from death, and eventually will reclaim from hell all except the sons of perdition (D&C 76:43-44). The saved, however, are not placed into a monolithic state called heaven. In the resurrection of the body, they are assigned to different degrees of glory commensurate with the law they have obeyed.

There are three kingdoms of glory: the celestial, the terrestrial, and the telestial. The apostle Paul spoke of three glories, differing from one another as the sun, moon, and stars differ in brilliance. He called the first two glories celestial and terrestrial, but the third is not named in the Bible (1 Cor. 15:40-41; cf. D&C 76:70-81, 96-98.) The word "telestial" is an LDS term, first used by the Prophet Joseph Smith and Sidney Rigdon in reporting a vision they received on February 16, 1832 (D&C 76). Webster's Third New International Dictionary defines telestial glory as "the lowest of three Mormon degrees or kingdoms of glory attainable in heaven"; see also Celestial Kingdom; Terrestrial Kingdom; Telestial Kingdom.)

At the final judgment, all except the devil, his angels, and those who become sons of perdition during mortal life will be assigned to one of the three kingdoms of glory. The devil and his followers will be assigned a kingdom without glory (D&C 76:25-39;88:24, 32-35).

Lds Scripture Sources. Although the Bible contains references to varying levels of resurrection and heaven (1 Cor. 15:39-58; 2 Cor. 12:2), LDS understanding of the subject comes mainly through revelations given to the Prophet Joseph Smith. The first revelation dealing directly with this matter was received February 16, 1832, and is called "The Vision" (D&C 76). Concerning the circumstances of receiving this revelation, Joseph Smith explained: Upon my return from Amherst [Ohio] conference, I resumed the translation of the Scriptures. From sundry revelations which had been received, it was apparent that many important points touching the salvation of man, had been taken from the Bible, or lost before it was compiled. It appeared self-evident from what truths were left, that if God rewarded every one according to the deeds done in the body the term "Heaven," as intended for the Saints' eternal home, must include more kingdoms than one. Accordingly...while translating St. John's Gospel, myself and Elder Rigdon saw the following vision" [HC 1:245: see also Joseph Smith Translation of the Bible (JST))].

The Celestial Glory. The Celestial Kingdom is reserved for those who receive a testimony of Jesus and fully embrace the gospel; that is, they have faith in Jesus Christ, repent of their sins, are baptized by immersion by one having authority, receive the Holy Ghost by the laying on of hands, and endure in righteousness. All who attain this kingdom "shall dwell in the presence of God and his Christ forever and ever" (D&C 76:62). There are, however, different privileges and powers within this kingdom. "In the celestial glory there are three heavens or degrees; and in order to obtain the highest, a man must enter into this order of the priesthood (meaning the new and everlasting covenant of marriage); and if he does not, he cannot obtain it. He may enter into the other, but that is the end of his kingdom; he cannot have an increase" (D&C 131:1-4).