Only Mormons Go to Heaven? Hell No!

LDS teachings firmly establish an afterlife.  Mormonism's concept of the afterlife shares much with traditional Christianity, in the general sense that one's final state is contingent in some respect on Jesus' death and resurrection. From an internal perspective, LDS teachings about the afterlife differ in several important respects. Moreover, exactly "who" ends up "where" may surprise non-LDS.

At 19, shortly before I left on my mission to France, I visited with a good Evangelical friend, whose mother smiled and pleasantly opined,  "Well, you [Mormons] think we're going to Hell and we [Evangelicals] know you are." Young and inexperienced as I was at interfaith dialogue at that point, I was at a loss of explanatory words, apologetic defenses, or (thankfully) snarky comebacks.

Mormonism has the reputation of being highly exclusionary, even theologically arrogant. Many suppose that Mormons believe they will inhabit Heaven without the company of non-Mormons. When fully understood, however, Mormonism's doctrine of heaven is much more inclusive than traditional Christianity, and has even been called universalist on occasion. As one LDS blogger puts it, ""it is very hard to be damned in any real sense in Mormon theology, and hell seems to be a very small place."

How can many feel Mormonism is exclusionary, while others call it universalist?  (Or does anyone have the philosophical chutzpah to suggest that Mormonism be termed "exclusionary universalism"?)

In all fairness to my fellow co-religionists, I think it's easy to see why so many perceive Mormonism as exclusionary. In echoes of Catholicism and extra ecclesiam nulla salus, we preach a doctrine -- briefly stated -- of one Church, solely authorized by God to administer His commanded saving rituals and ordinances (which Mormons summarize with the phrase "one true Church.") For this reason, we rebaptize those who join the LDS Church from other Christian traditions, as well as Buddhists, atheists, etc.

At any given time, between 50,000 and 60,000 LDS youth are donating 18-24 months of their lives as well as paying living expenses, assigned to some unknown corner of the world to preach the gospel to whoever is willing to listen.  LDS scripture teaches that salvation comes through Jesus, no ifs, ands, or buts. Therefore, the good news must be preached.

Pretty standard stuff so far, but here's where Mormonism takes a sharp turn: What happens to the vast majority of the population of the Earth, the billions who have died without hearing about Jesus, let alone embracing his gospel and being baptized by his authority? In LDS belief, one's fate is not sealed at death. Rather, at that point one enters what is essentially a waiting room, which we call the "spirit world." While little about it has been revealed, one thing we do know is that it precedes one's final judgment. In other words: just because you're dead doesn't mean it's over.  This is where Mormonism's "universalist" reputation begins.

Inspired in part by such passages as 1 Peter 3:18-20 and his own revelations, Joseph Smith taught that between Jesus' death and resurrection he preached the gospel in the spirit world to those who had not received it while they were alive, and further, that this spiritual proselytizing was continued by others in the spirit world after Christ's resurrection. One of those pesky things that God has commanded is that one must be baptized. Obviously, if one never heard of Jesus, one was never baptized in his name, so again we have a problem, and again LDS belief varies from normative Christianity.

While wrestling with these questions regarding death and baptism, Joseph Smith prayed about 1 Corinthians 15:29, an obscure passage that has generated many varied interpretations. Krister Stendahl, former dean of the Harvard Divinity School and Lutheran Bishop of Stockholm, and a good friend of the Mormons, authored a relevant Encyclopedia of Mormonism article, concluding that "the text seems to speak plainly enough about a practice within the [early Christian] Church of vicarious baptism for the dead."

Based on Joseph's revelation, Mormons now do genealogical research and perform baptisms by proxy for those who have died without having heard or accepted Christ's gospel. Those names do not go on Church membership rolls or enter LDS statistics, nor do we believe that it renders those individuals Mormon without their free will or choice. It simply means that, should individuals choose to accept Christ's gospel when it is preached to them in the spirit world, the required ordinance has been (or will yet be) performed on their behalf. Therefore, those millions of people in India, China, or the pre-Christian Americas will have just as much opportunity to hear and accept the gospel of Christ as those in Jerusalem in the New Testament. 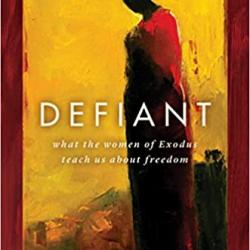 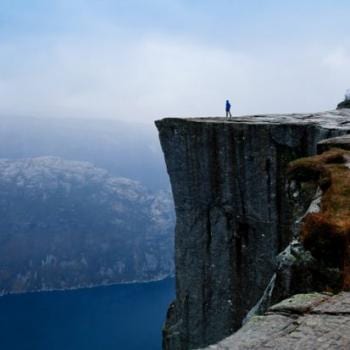 Always Beginning Again
Aine Llewellyn
Get Patheos Newsletters
Get the latest from Patheos by signing up for our newsletters. Try our 3 most popular, or select from our huge collection of unique and thought-provoking newsletters.
From time to time you will also receive Special Offers from our partners that help us make this content free for you. You can opt out of these offers at any time.
see our full list of newsletters
Editor's picks See all columnists