Reincarnation and the Jewish Tradition

All souls are subject to reincarnation; and people do not know the ways of the Holy One, blessed be He! They do not know that they are brought before the tribunal both before they enter into this world and after they leave it; they are ignorant of the many reincarnations and secret works which they have to undergo, and of the number of naked souls, and how many naked spirits roam about in the other world without being able to enter within the veil of the King's Palace. Men do not know how the souls revolve like a stone that is thrown from a sling. But the time is at hand when these mysteries will be disclosed. (Zohar II 99b)

The Zohar and related literature13 are filled with references to reincarnation,14 addressing such questions as which body is resurrected and what happens to those bodies that did not achieve final perfection,15 how many chances a soul is given to achieve completion through reincarnation,16 whether a husband and wife can reincarnate together,17 if a delay in burial can affect reincarnation,18 and if a soul can reincarnate into an animal.19

The Bahir, attributed to the first century sage, Nechuniah ben Hakanah, used reincarnation to address the classic question of theodicy -- why bad things happen to good people and vice versa:

Why is there a righteous person to whom good things happen, while [another] righteous person has bad things happen to him? This is because the [latter] righteous person did bad in a previous [life], and is now experiencing the consequences? What is this like? A person planted a vineyard and hoped to grow grapes, but instead, sour grapes grew. He saw that his planting and harvest were not successful so he tore it out. He cleaned out the sour grape vines and planted again. When he saw that his planting was not successful, he tore it up and planted it again. (Bahir 195)20

Reincarnation is cited by authoritative classic biblical commentators, including Ramban21 (Nachmanides), Menachem Recanti,22 and Rabbenu Bachya.23 Among the many volumes of the holy Rabbi Yitzchak Luria, known as the "Ari,"24 most of which come down to us from the pen of his primary disciple, Rabbi Chaim Vital, are profound insights explaining issues related to reincarnation. Indeed, his Shaar HaGilgulim, The Gates of Reincarnation,25 is a book devoted exclusively to the subject, including details regarding the soul-roots of many biblical personalities and who they reincarnated into from the times of the Bible down to the Ari.

The Ari's teachings and systems of viewing the world spread like wildfire after his death throughout the Jewish world in Europe and the Middle East. If reincarnation had been generally accepted by Jewish folk and intelligentsia beforehand, it became part of the fabric of Jewish idiom and scholarship after the Ari, inhabiting the thought and writings of great scholars and leaders from classic commentators on the Talmud (for example, the Maharsha, Rabbi Moshe Eidels ),26 to the founder of the Chassidic Movement, the Baal Shem Tov, as well as the leader of the non-Chassidic world, the Vilna Gaon. 27

The trend continues down to this day. Even some of the greatest authorities who are not necessarily known for their mystical bent assume reincarnation to be an accepted basic tenet.

One of the texts the mystics like to cite as a scriptural allusion to the principle of reincarnation is the following verse in the Book of Job:

Behold, all these things does God do -- twice, even three times with a man -- to bring his soul back from the pit that he may be enlightened with the light of the living (Job 33:29).

In other words, God will allow a person to come back to the world "of the living" from "the pit" (which is one of the classic biblical terms for Gehinnom28 or "Purgatory") a second and even third (or multitude of) time(s). Generally speaking, however, this verse and others are understood by mystics as mere allusions to the concept of reincarnation. The true authority for the concept is rooted in the tradition.

This is an excerpt from Soul Searching, and is reprinted with permission from Aish.com.

Relieved and Grieved: My reflections on the Derek Chauvin verdict
Rob Dalrymple
2

It’s Very Easy to Compare Our Suffering with Others, But Difficult to Survive
Paul Louis Metzger
3 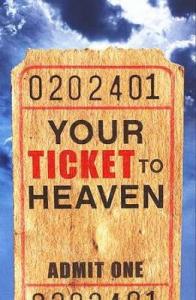 Evangelism Has Outlived It's Usefulness
Todd Vick
Get Patheos Newsletters
Get the latest from Patheos by signing up for our newsletters. Try our 3 most popular, or select from our huge collection of unique and thought-provoking newsletters.
From time to time you will also receive Special Offers from our partners that help us make this content free for you. You can opt out of these offers at any time.
see our full list of newsletters
Editor's picks See all columnists