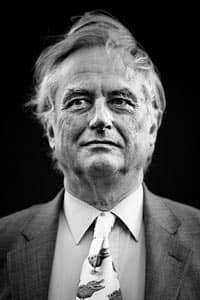 Foxholes are unnecessary. There are no atheists in the dentist's chair. That's my theory at least.

After getting four teeth drilled on the other day in Charlotte, I had the only slightly greater pleasure of driving my Novocain-paralyzed face down to Columbia, South Carolina to see the infamous Richard Dawkins, the world's most famous atheist. Dawkins, a British biologist, is part of the controversial neo-atheist movement. Neo-atheism itself is a highly vocal, if not outright shrill, atheist philosophy that seeks to argue, insult, and humiliate believers of all stripes into abandoning their faith -- or at least ostracizing and ejecting them out of having any cultural influence. Dawkins' last book and a key intellectual bulwark of this view, was politely named The God Delusion in honor of anyone moronic enough to have any belief of the divine.

I waited among thousands of students in Columbia with baited breath for the neo-atheist circus ringleader to shock the crowd with resounding statements of intellectual superiority from his new science-oriented book, The Greatest Show on Earth: The Evidence for Evolution. I anticipated enough fire and brimstone to replace a Bunsen burner. I was instead stunned to hear a soft-spoken English gentleman request that ministers, priests, and pastors live up to their responsibility as community leaders by educating their flocks about the reality of evolutionary truth.

Dawkins rightly pointed out that many in clergy see no conflict between Darwinian evolution and their faith, but fail to make that clear to their congregations. Using the story of Adam and Eve as an example, Dawkins conjectured that many preachers cite the story without thinking of it as 100% literal. However, they do so without making those in the pews aware of this nuance. This in turn leads to misinformed religious parents and students resisting a science curriculum at their school in the name of their faith, even though their pastor would have no qualms about it.

In an odd sense of revelation, I felt spiritually convicted by this plea. Many of us in ministry have been unwilling to address this controversial issue because we are unwilling to expose ourselves to the potential fallout. It's much easier to use the same words found in the opening of Genesis and allow for different meanings, especially when identifying those meanings may uproot deeply seated assumptions about the Genesis account. So let me do my part in this. I believe in Darwinian evolution -- in essentially every sense that Dawkins would understand it -- and I see no conflict between believing in that and believing in the inspired and authoritative Word of God. Furthermore, I am publishing a version of this article to my congregation this week.

I probably would go on longer about evolution and theology if it hadn't been for Dawkins tangling himself in a web of strategic and philosophical contradictions the rest of the evening. Strategically, it seems highly counterproductive for him asking religious leaders to help him out in his educational crusade shortly before returning to his usual rhetoric of labeling religion as: "a kind of virus of the mind," suggesting God is a sadist, and roundly declaring that "if someone is getting their morality from the Bible, you don't want to be around that person!" It shouldn't come as any surprise then that clergy are so reluctant to promote the same science that often holds hands with rabid anti-spirituality. But Dawkins can't for the life of him figure out why.

I wonder if Dawkins replayed the tapes of his own lecture, would he answer his own question?

Philosophically, Dawkins does more intellectual gymnastics than well, a gymnast, swinging from bold dictum to dictum without much logic connecting the points between. Comically, Dawkins states that he is not the last gasp of Enlightenment thinkers, refusing to address the evidence that indicates neo-atheists are really "hyper-modernists" tenuously held together by the Internet and a zealous faith in science. Granted, that he "doesn't follow the zeitgeist," but does "notice the opinion polls." He concludes, "We [atheism] are winning." Yet, even accepting the juvenile terms of "winning" and "losing," the reality is that this is only true in the United States and nowhere else in the world. In contrast to this, the Global South is exploding in religion, with Christianity at the forefront. Christianity is still steadily flourishing in spite of the state-enforced secularism of China. Even in post-Christian Europe (where atheism was assumed to have already won), we are beginning to see a dedicated Christian resurgence (e.g., Holy Trinity Brompton).