There and Back Again: A Mormon-Atheist Tale

I know of no clearer description or explanation of the moral imperative to love our neighbor. Though many religious types would have us believe that there are no alternatives to the moral frameworks offered by religions, this passage expresses the basis for what the King James Bible calls "charity" without recourse to gods or a religion. In the end, you don't need scriptures or deity in order to be able to understand what makes things right and wrong.

Over the decade that followed my conversion to atheism, people often asked me about my religion. I'd say, "I'm an atheist." And then they'd ask me what religion I was raised. "Mormon," I'd reply. And, of course, I look very Mormon. Ever after, they'd refer to me as "the Mormon." Maybe I could have escaped this label -- or at least its definite article -- if I'd have lived in Utah or Idaho. In any case, Mormonism chose me as much as I chose Mormonism. So much for free agency.

After we'd had two daughters, my wife unilaterally decided to raise them in "the Church." I made some half-hearted objections and acquiesced. (In marriage, we must choose our battles.)

After the birth of our third daughter, my wife claimed that three kids were too much to handle alone at church. She insisted that I come along to help carry her bags and such. I'm not such a great husband, but I'm a real champ when it comes to carrying bags and such, so I started going. I'd already spoken with the Bishop, so they knew that I was an atheist. Even so, after a few months they asked me if I'd do home teaching. I said, "Sure," and they assigned me six families. I should have seen that one coming.

A priesthood leader asked me to start reading the Book of Mormon and pray about it. I'd done this so many times before. I scoffed, "Of course I will. I'm not afraid of your prayers!" And I started reading. Much to my dismay, over the next few months I actually started to believe -- really believe. It is the most confusing series of events in my entire life. Honestly, in some ways it was nearly as hard for me to announce my belief as it had been to renounce it years earlier.

The next year, our family got sealed in the temple. Our fourth daughter was born in the covenant. To this day, it sometimes strikes me as the strangest thing.

Perhaps I've simply reverted to the fables I was taught in the nursery after experiencing a rude awakening. It's not like anything has happened to me that is unprecedented or outside of the capability of science to explain. At the bottom of it, I'm pursuing Mormonism for the same reason I pursued atheism: I feel it's the right thing to do.

Mormon doctrine dictates that my move to atheism was a mistake. This doesn't mean that everything I did when I was an atheist was a mistake. While an atheist, I started a family and a career, and I grew as an individual. But it does mean that I would have grown more if my life hadn't taken that detour through atheism. I can accept that. After all, I'm a poor failing sinner.

I still don't know where I fit into Mormonism or exactly how repentance works. Maybe I'm starting where I left off. Maybe I'm like Oliver Cowdery, who after years of inactivity came back to find that the church had (in some sense) passed him by.

In many ways, I'm a fairly conventional Mormon. I believe that Joseph Smith translated the Golden Plates, that he restored God's authority on earth, that God's authority is held by our prophet today, that this authority is manifest in the hierarchy of our church, that our ordinances are uniquely sacred and efficacious.

But in some other areas, my beliefs are all over the map. I'm still a logical positivist, albeit a fairly confused one. Though I believe in the historicity of The Book of Mormon, I've set aside my questions regarding the scriptural authority of the New Testament or how the function "x is a god" is satisfied. In fact, I've set aside a whole lot of questions. Maybe I'll figure them out later. In the meantime, I do believe, and I struggle to serve faithfully, to keep the commandments, and to believe more strongly.

David King Landrith lives in Boston with his wife and four daughters. He was raised in northern Virginia and attended college in Utah and Indiana, where he studied philosophy, which he remains passionate about to this day. His interests include genealogy, books, philosophy, and LDS History. He thrives in dynamic environments and loves throwing himself into emerging technologies. He blogs at MormonMatters, where this first appeared.

What Is Zen?
James Ford
4 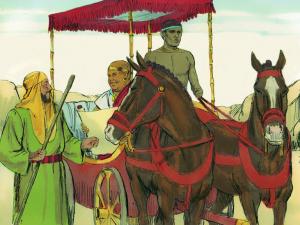 Why Do We Need Church Guidance? Because No One Knows It All
Lois Kerschen
Get Patheos Newsletters
Get the latest from Patheos by signing up for our newsletters. Try our 3 most popular, or select from our huge collection of unique and thought-provoking newsletters.
From time to time you will also receive Special Offers from our partners that help us make this content free for you. You can opt out of these offers at any time.
see our full list of newsletters
Editor's picks See all columnists