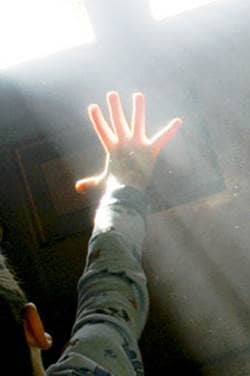 I'm not a washed up, fifty-six year old alcoholic country singer who can't maintain relationships, and is on the road playing old hits in rundown bars and bowling alleys and occasionally puking in garbage cans in between sets. So why is it that I identify with Bad Black in Crazy Heart, the novel by Thomas Cobb, recently made into a movie with Jeff Bridges, Maggie Gyllenhaal, Robert Duvall, and Colin Farrell?

I didn't go to Sam's Club last week intending to buy a copy of Thomas Cobb's novel Crazy Heart. I went there to buy ground turkey, toilet paper, coffee, and yellow Gatorade. I resisted the impulse to put a large coconut cake in my cart, but couldn't resist the temptation to turn down the book aisle.

I've always liked Jeff Bridges, so the cover caught my attention. But it was the blurb on the back by somebody from the Chicago Tribune that sealed the sale.  "Cobb has created an unforgettable character who engages not only your interest but your emotion... and who proceeds to take you on a roller-coaster ride through his tawdrily tumultuous life."

Now that sounded interesting. I couldn't pass up an opportunity for identification. That's what we do when we connect emotionally with a fictional character. We RSVP to an author's invitation and enter into a fictional world, identify with the protagonist, and join his or her journey through conflict to resolution or at least to an outcome of some kind. So I brought old Bad Blake home and got on my elliptical machine and started reading.

I was a fourth of the way through when my husband stuck his head in the door and asked me if I wanted to go to a movie. So that night we went to see Crazy Heart. Jeff Bridges was completely convincing as Bad. That's why he won an Oscar last week. Maggie Gyllenhaal played Jean Craddock, a music writer who is his love interest. She was a believable blend of vulnerability and determination. That's why she was nominated for an Oscar last week. I enjoyed the music, the characters, the ending.

I identified with Bad who is, in literary terms, a round character rather than a flat one. Flat characters are stereotypes, all good or all bad. He is both. I rooted for Bad the same way I root for myself every day. For both him and me, every day I want the good to overcome the bad. I winced when he drank too much, and huddled over the commode, and lost track of Jean's little boy Buddy, and had sleazy one-night stands with women whose first names I'm not even sure he knew. And I was charmed by his basic kindness, his talent, and his humor. The movie ended with Bad having gone through rehab, committed to staying sober, and enjoying a final sentimental encounter with Jean. It was pretty convincing, but had just a little bit of the "stick-on bow" ending feel to it.  Stick-on bows are pretty and effortless, but they don't always stick.

Walking out of the theater, I had the thought: That movie didn't show how Bad found the inner strength to overcome his alcohol addiction. It skipped from AA meeting to clean and sober. I figured such scenes had been in the book, but just ended up on the filmmaker's cutting room floor.

For the next few days, inspired by the movie, I thought about how freedom from addiction is a form of conversion, a turnaround from bondage to a self-destructive behavior to freedom that comes when we commit ourselves to the power of God.  I looked up the definition of addiction in a book I have on my shelf. It's a classic by the late psychologist and spiritual counselor Gerald May called Addiction and Grace: Love and Spirituality in the Healing of Addictions. In it he defines addiction as "any compulsive, habitual behavior that limits the freedom of human desire. It is caused by the attachment, or nailing of desire to specific objects. The word behavior is especially important in this definition, for it indicates that action is essential to addiction" (p. 24).

I thought about how quickly Bad in the movie went from heaving over a toilet to cleaned up and on the path to sobriety. Is that what conversion is really like? Is it that easy? New Testament scholar Scot McKnight, author of a recent study entitled Turning to Jesus: The Sociology of Conversion in the Gospels, says"conversion is a process, sometimes more sudden than others. At its core, conversion is a process of identity formation in which a person comes to see himself or herself in accordance with the gospel of Jesus Christ" (p. 4). He wrote his book because he noticed that Roman Catholics, mainline Protestants, and evangelical Protestants are "allergic" to one another's stories of conversion. Which story is the right story?  Suddenly being "born again," no turning back? Growing in the faith as mediated by the Church and its sacraments? Some combination of gradual and sudden? For McKnight we all tend to want people to tell the same (conversion) story. "But each person doesn't have the same story to tell. Stories of God's grace differ from person to person" (p. ix).