The program was a combination of chanting in Hindi and meditation. As foreign as the whole situation was to me, I found that the chanting lifted my depressed spirits and I actually began to feel good.

Over the next five years I became increasingly active with the meditation center. I took on many volunteer positions at the center, such as Master of Ceremonies for the programs, musician, hostess, and audiovisual person. My life was centered on the meditation center. I even made several trips to the ashram in the Catskills, so that I could be in the presence of the guru.

After five years of actively attending services at the meditation center, I had become increasingly discontent with meditation as a spiritual path. At times I would become aware of how odd it was that I was sitting on the floor, cross-legged, barefoot, and wearing a sari. I had divorced myself from the outer world and lived a more or less ascetic kind of life. I cared very little about material things, and focused only on achieving "spiritual perfection." I bowed down to an empty chair and prayed to a guru, a mere human being. I was far from being the teenage girl that had longed for an unadulterated relationship with G‑d.

One evening a Jewish friend of mine, from the meditation center, asked if I would like to go with her to explore various synagogues in the area (she had assumed that I was Jewish since my last name at the time was Jacobs). My friend knew very little about Judaism; however, at the age of forty-three she was ready to begin exploring her Jewish roots.

On a Friday evening in August, my friend and I attended Shabbat services at an Orthodox synagogue. We parked at a nearby grocery store and walked to services, as we had heard that Orthodox Jews walked instead of driving on the Sabbath. That experience of walking to shul was one of the most satisfying walks that I had experienced in my life. My friend and I walked surrounded by men wearing black hats, women in long skirts and head coverings, and young boys running with their tzitzit, ritual fringes, flying behind them. Even though I had never been exposed to religious Jews, for some inexplicable reason what I was seeing and experiencing matched my imaginings of what Judaism looked and felt like. At the synagogue I was completely lost during the service. However, I knew that my journey had carried me to the place were I would ultimately find Truth.

During the months that followed I reached new spiritual heights. At times I felt that I was on fire with my desire to connect to G‑d, and at other times I felt as though I were drowning in a sea of spiritual ecstasy. It was in this state that I approached the rabbi to ask for conversion to Judaism. The rabbi told me that he didn't want to play down the spiritual experiences that I was having, but that conversion was about more than my feelings, it was about a commitment to keeping G‑d's Torah. At the time I was too young and lacked the maturity to appreciate the self-discipline that was needed to live as a Torah Observant Jew. A couple of months later, I approached the rabbi again to ask for conversion, and once again I was turned away. At that point I decided to give up on the whole idea of becoming a Jew.

For the next few years I was lost in a spiritual wasteland; I tried to distance myself from my spiritual proclivities. I put Judaism behind me. One night, four years after my last meeting with the rabbi, I had a dream that I walked into a library that was filled with Jews and Jewish books. I awoke from the dream with a sweet and comforted feeling. However, I was also confused, as I thought that I had put all thoughts of Judaism behind me, and here I was dreaming about a Jewish library and feeling renewed by the experience. 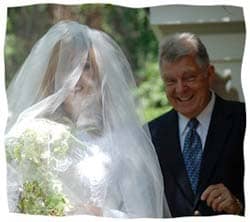 For the next few years I tried my best to ignore the dream about the Jewish library. However, every fall I would feel a sweet and painful longing for Judaism, then I would look at a calendar and see that the High Holidays were near. I realized that I had never stopped wanting to be Jewish and that my longing to live as a Jew would never go away, as it was the cry of my soul yearning for connection to its Creator.

Finally, I could take no more of the painful longing for G‑d and Judaism. I returned to the Orthodox rabbi that had turned me down eleven years before. Thank G‑d, this time I was accepted as a candidate for conversion.

In my wildest dreams I would never have imagined that it would be twenty years from the time that I began my exploration into Judaism before I would receive an Orthodox conversion and live the life of a Torah Observant Jew. My journey has been long and at times quite difficult, but it has also been incredibly rewarding. With the spiritual treasure that I have been given, I can truly say, "Blessed are You, L‑rd our G‑d, King of the universe, who directs the steps of man."

Reprinted with permission from The Jewish Woman, a project of Chabad.org.

Davida Goldberg is a wife, mother, and inspirational speaker. She has a Master's Degree in Counseling.