The Church of the Masses

An interview with Barbara Nicolosi-Harrington 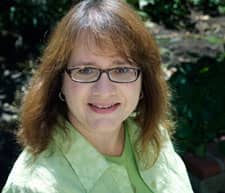 Barbara Nicolosi-Harrington is a screenwriter, author, and professor at Pepperdine University.  The founder of Act One, an organization that seeks to nurture the next generation of Christian artists and media pioneers, she is currently the Chair Emeritus of its Board of Directors.  She co-edited Behind the Screen: Hollywood Insiders on Faith and Culture, and her latest screenwriting project is Mary, Mother of the Christ, which stars Al Pacino and Peter O'Toole and will be released in 2010 by MGM.

As her students can attest, Nicolosi-Harrington is one of the most creative voices speaking today at the intersection of faith and culture.  She brings an insightful, provocative, prophetic voice, calling for people of faith to communicate the message of Christ through the most powerful media of our time.

Can you tell us a little about your faith and how you got into the filmmaking industry?  Were the two related?

After college, I became a member of a Catholic religious community called the Daughters of Saint Paul, whose work was in using modern media to promote the gospel.  I was with them for about nine and a half years.  We prayed for the media and thought about how modern media and storytelling can be a gift to people.

When I left, it was motivated by the fact that the community was not doing evangelization as much as they were doing catechesis.  They were speaking mainly to a Catholic audience that would come into a Catholic bookstore.  I was interested in talking to people who would never enter a Catholic bookstore.  We had an amicable parting of the ways, because we just have two different goals.

I went to film school at Northwestern and got my first job as a director of project development for a production company in 1996.  Then I finally got some scripts going, and that's my main work.  I'm a screenwriter.

How would you classify yourself religiously?  Given your strong commitment to evangelization, would you call yourself an evangelical Catholic?

I am an orthodox Catholic, a happy Catholic.  I don't dissent from the Church's official teaching in any area.  Many Catholics have complaining to do, but, basically, it's worked for me.

Much of my professional work has been done by the generosity of evangelicals.  If only Catholics understood my vision as well as the evangelicals have!  But I would say that I've found that things are shaking out historically, so that if you are someone who is a traditional biblical Christian, Catholic or Protestant, you will end up on the same side of the divide.  There are many who call Jesus "Lord, Lord," but in fact they dissent from so much biblical Christianity that they are almost indistinguishable from non-Christians.

So there are Catholics I have very little in common with theologically or spiritually, and there are evangelicals with whom I have a tremendous amount in common.  It comes down to, "Are you really engaged in this relationship with Christ?"  If you are, then it's amazing how you will find a whole new community of friends.

How do you perceive your vocation and what God might accomplish through it?

My vocation is to be a storyteller to the people of my time -- and if I create a good enough story, stories have a way of transcending time.  I'm very preoccupied with creating a story and characters that will haunt people in a way that sends them on a journey of introspection.

I am a political animal in many ways.  It's a big hobby for me.  But I have, with the rest of my generation, almost completely lost confidence that real good in society can be achieved through politics.  I don't think that's the pathway to lasting good.  I think that politics can clear the field for good to be done, but I don't think it actually achieves anything.  I think culture is what creates good in the world.  That's the realm of the artist: the storyteller, the musician, the poet.  And I see myself as a storyteller.

Christianity is communicated to us via stories.  How do you perceive your role as a storyteller in relation to the Word, and the divine storyteller?

That's a lovely question.  All Christians have the mandate to tell the story of how God has saved them.  That seems to be the Christian vocation.  There are two kinds of stories that interest me now, and this has changed.  When I first came to Hollywood, I was not interested in telling explicitly Christian stories -- stories dealing with Christian heroes, Christian history, or overtly featuring Christian characters or saints.  That was not what I was interested in doing.  First of all, I thought, everyone knows those stories.  Second, it will always come across as being preachy.