Fifty of the Best Catholic Movies 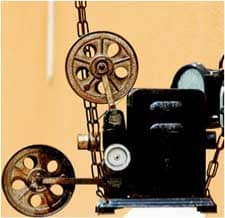 The best religious films, and therefore the best Catholic films, convey the great truths of Christianity implicitly rather than explicitly, not unlike the mystery of incarnation itself, in which the Word became flesh in the person of an obscure carpenter from a hick town in a minor province. This list consists primarily of films that deal with Catholic characters, Catholic society, and the Bible in ways that are not hostile to the Church. Most of them were made by Catholic directors.

It is interesting to note that the three best directors who ever worked in Hollywood -- Frank Capra, John Ford, and Alfred Hitchcock -- were all practicing Catholics. So much for the detrimental effects in these times of the Church upon art.

[Note: We encourage you to share your more contemporary suggestions in the comments section. ]

Directed by Martin Scorsese: Here Scorsese transforms Edith Wharton's satire on New York during the Gilded Age into a compassionate tale of love and sacrifice. It's a woman's film in that the hero (Daniel Day-Lewis) just doesn't get it; he's not morally up to the divorcée (Michelle Pfeiffer) with whom he falls in love, neither does he fully appreciate the wisdom of his seemingly naïve wife (Winona Ryder). The women, however, understand all and agree (though they never speak to one another about it) to aid him in keeping his matrimonial vows. The opening at the opera, appropriately Faust, and the following ballroom scene are among the greatest ensemble pieces ever filmed in Hollywood, worthy of Capra and Fellini. Presently underrated, this work is a masterpiece.

Directed by Michael Curtiz: Why Curtiz is not more admired remains one of the mysteries of film history. Among his credits one finds Robin Hood, Four Daughters, Yankee Doodle Dandy, and Mildred Pierce. In Angels, good gangster Cagney, at the request of his old pal, the priest Pat O'Brien, pretends he's yellow so as to warn the Dead End Kids against a macho life of crime. Cagney is at his mannered best, and the play of light, the pace, and rhythm of the editing remind us once more of the greatness of the Hollywood studio system.

Directed by Alexander Ramati: It is always a pleasure to find a film dealing with the Holocaust that is not hostile to the Church. Shot on location in Assisi, this film shows the work of Father Ruffino (Ben Cross), one of the "Righteous Gentiles," in sheltering Italian Jews and transporting them to safety during the Nazi occupation. Unlike many World War II melodramas, this one rings true because it is true, and its good acting (James Mason is the bishop) and simple direction add to the authenticity. As a sign of the film's charity, Maximilian Schell plays a sympathetic German officer who is also trying to be a Catholic and who deliberately interferes with the atrocious work of the SS.

Directed by Louis Malle: Based on Malle's own experience of Pere Jacques Bunel's school, Au Revoir tells the story of several Jewish boys being hidden in a French Catholic boarding school during World War II. The opposite of sentimental, it shows not only the arrogance of the boys but the harshness of the prevailing class system. It is a school employee, a lower-class lackey ridiculed by the wealthier students, who turns informer. Conscious of the ironies that wars produce, the film in one scene has a German officer protecting an upper-class Jew from being hassled by the French police. But it is just this honesty and complexity, as opposed to a simplistic good guys vs. bad guys scenario, that give the film its punch when the priests and the Jewish boys are led off to the camps.

Directed by Gabriel Axel: The delightful story of two Danish spinsters who hire a French cook (Stephane Audran). Though bearing their unjust suspicions, Audran decides to reward them with her love and goes about preparing, at her own expense, a sumptuous banquet. As the film develops, we realize this is nothing less than a eucharistic celebration, consisting of an enormous sacrifice for those unworthy of the price.

Directed by Garson Kanin: Among the great comedies of the '30s, Bachelor Mother should be better known. In it Ginger Rogers is mistakenly assumed to be the mother of an abandoned baby, and accepts this role in order to keep her job. In one of the niftiest comic scripts ever written, David Niven, the playboy heir to the department store where Ginger works, begins by preaching to the "fallen" Ginger, only later to assume the fatherhood of the child. While promoting male responsibility, the film also serves as a wonderful antidote to the pro-choice ethic of "reproductive rights."