Getting it Wrong, Kinda Sorta 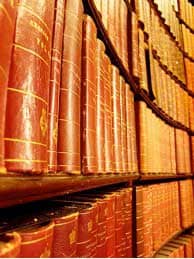 Let's ask a relatively simple question: Why do non-Mormon accounts of Mormon theology so often seem grotesque? To avoid derailing the discussion immediately, let me concede that there are non-Mormon folks who "get" Mormon theology, etc., etc. On the other hand, if you are a Mormon and have not seen, heard, or read some non-Mormon describing Mormon theology as a pastiche of ridiculous beliefs about magic underwear, visitors from outer space, and eternal sex in the hereafter you haven't been paying much attention to what your neighbors think about you.

There are some quite plausible and, to a greater or lesser extent, valid explanations of this phenomenon. I'll mention two before moving on:

I think, however, that margins provide another possible explanation. The reality, of course, is that there is not a single Mormon theology. Rather there are a whole bunch of differing, and occasionally contradictory, Mormon theologies. Although we all use the same language, we sometimes mean quite different things. We even occasionally have -- gasp! -- explicit disagreements with one another about theological subjects.

This does not mean, of course, that Mormonism simply means whatever we want it to mean, or that there are no boundaries to legitimate discourse. When your Uncle LaVerrn starts claiming that The Three Nephites have authored a secret book of scripture kept in the vault of the First Presidency that explains the precise time of Jesus' second coming, which the Brethren have told to all Stake Presidents (at least the ones who aren't Democrats), you can be fairly certain that Uncle LaVerrn is out to lunch.

To a greater or lesser extent all religions have the issue of pluralism and margins. One of the chief differences between Mormonism and other strands of Christianity is that we place the margins in different places. For example, a couple of years ago the Catholic Church issued a formal canon law ruling to the effect that Mormons who convert to Catholicism must be rebaptized. [One LDS analysis of that here.] Initially, this seems entirely plausible. After all, Mormons demand that Catholic converts get rebaptized and turnabout is fair play.

Catholics, however, have a dramatically different understanding of baptism than Mormons. As I understand it, under canon law a baptism need not be performed by a Catholic priest in order to be valid. Nor must it be performed according to the rites of the Catholic Church, i.e., infant sprinkling. All that is required for a baptism to be valid is that it be performed using water; be done in the name of the Father, Son, and Holy Ghost; and be done with the intention that it be a Christian baptism. That, as I understand it, is it. Thus, Protestant baptisms are valid in the eyes of the Catholic Church. Even baptisms by those with heretical beliefs, such as the early Donatists and Arians, are valid.

The canon lawyers who made the ruling concluded that Mormon baptism satisfies the first two elements. They argued, however, that it did not satisfy the third element. When I read the ruling, I initially thought that they would argue that Mormon baptism was disqualified because it is not performed with the intention of baptizing a person into the universal Christian church. This, however, was not the tack that was chosen. Rather, they concluded when Mormons use the terms "Father, Son, and Holy Ghost" they don't use them in any Christian sense. Of course, if one understands "Christian" here to mean something like Nicene Christianity, one has a point. However, there is a long tradition in canon law to the effect that baptisms by non-Nicene Christians are valid. (The rule dates back the Arian controversy. Arians rejected the Nicene Creed, but their baptisms were still valid.)