Have You Ever Seen Real Magic? I Have! 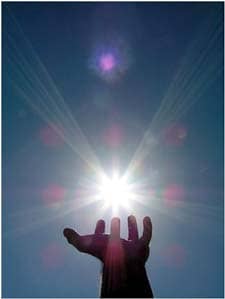 I was raised a very good Christian. I looked very hard for the right faith, but the problem was, I was only looking inside the Christian faith. I went from Church to Church looking, but always found things wrong with their belief. I even became a good Jehovah's Witness, a very high-ranking one at that. I am a certified minister in one, and ordained in another.

I have been married going on thirty-four years, with my wife going along with me on the search for the right faith. About ten years ago my wife started reading Wiccan books, and slowly became a Wiccan. Needless to say, this was hard on our marriage, and if not for the "for better or worse" thing, we may have split. I thought I could bring her back into the faith -- which one I was still unsure about, but one of the Christian faiths that was right, as soon as I found it.

I began to see a real peace come over her. "It must be that damn devil!" I thought. She told me little bits and pieces, I pretended not to care, and I acted like I was not listening, but I was.

This was the first, but not the last, magic I saw. We had lived in a small travel trailer for over four-and-a-half years on some land we owned and planned to build on one day, but we never seemed to get ahead enough.

My wife told me she was going to do a spell to get us a place. I smiled and said, "Sure, good luck with that!"

She told me all about when and how, and that she had been working on it a while. She told me that spells were like prayer, and magic was like miracles.

That made some sense.

The night she did this spell was the first night that I had joined her, mostly just to show her it would not work. It took her a long time, and I thought, "Why not save some time and just put your hands together and pray?" but I said nothing.

When it was over I jokingly said something like "So, where's the new house?" and she smiled and said, "It does not work that way."

Well, I be damned if the next morning a very good Christian lady that lives up the road stopped by on her way past, and said these words: "God told me last night to sell you my mobile home and get me a newer one." I could not believe it! I thought it must be the devil or just luck, but she is too good a Christian for that, so I went with luck.

Later that day another neighbor called saying his daughter was moving out of the mobile home next to his and we could buy that one from him. Both of these offers were priced where we could make payments, and because they were on our private rood, no moving costs to speak of. I was floored but it was not over. The next day another good offer came, and the next, another offer! The offers ranged from $3,500 in payments for a nice place, all the way up to take over the loan for a huge triple wide at $80,000!!

Not one person ever came to us in the four-and-a-half years about a home until my wife did her spell, then they were bending over backward trying to help us get a home. These people did not just call once; they took a real interest in getting us a home, and even helped us with the move.

We now live in one of those homes, and I have gotten a real sense of how it works. It is possible for the great sprits of the god and goddess to affect the hearts of any person of any faith, showing we are all just one. I find real peace knowing this. I now understand that each faith on earth has good people in it, and hopefully now I am one of those. I really feel I am a much better person than before; I no longer judge someone on his or her faith, and I must admit I once did this.

I also now know I must continue by quest, and with the help of my wife and sites like this, I am enjoying the trip.

Getting our home was not luck, and it was not the devil, it was real magic. Over the course of time I have seen much more magic out of her, many times, and I guess it goes without saying that I have stopped looking for the right faith, because I have found it. Not because of the magic, but because of the inner peace, the unity with nature, and my own judgment.

We have made a coven of special members, and we feel we are growing with each passing moon. I no longer feel like a sinner for all of the little things I did as a kid. Yes, like many, I had lots of sex before marriage, and I have always felt guilty and "a bad little boy" for it. Now I know it was natural, and if kids were told the reasons to respect it, and why, and how to control it, a lot fewer people would spend a lifetime carrying the guilt I did.

Our marriage is so much stronger, and we are truly one, with each other and nature. I wish I could tell you the rest of the magic I have seen her do, but it would take way too long, and trust me, we both don't have that kind of time!!!

Blessed be to all! I truly hope you are as blessed be as I have been to finally have found the right faith... and that is the real magic I have seen.

This article was first printed at Witchvox and is reprinted with permission.