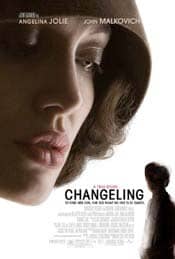 There is a widespread conviction among believers that filmmakers have it in for Christianity. This might be true in regard to the fundamentalist expression of the faith--as shown by such films as Elmer Gantry, Inherit the Wind, Saved, and Oh, God! as well as many horror flicks in which a demented Bible thumper creates mayhem. However, so-called "mainline" Christianity usually has been well treated by filmmakers.

In 1941, a minister was the central character in the film adaptation of Hartzell Spence's One Foot in Heaven. A tribute to his Methodist clergyman father, the film has a delightful sequence in which the Rev. Spence takes his young son to the movies to show him why he has preached against them. This being his first visit to a movie theater, the pastor is surprised to admit that the movie is a Western in which Good overcomes Evil, so he changes his mind and allows the boy hereafter to attend them.

In the next decade, a Presbyterian minister was lionized in the 1955 film version of Catherine Marshall's A Man Called Peter, the story of her husband's rise to become Chaplain of the U.S. Senate. Presbyterians also received their due in To End All Wars, A River Runs Through It, and Clint Eastwood's Changeling, the true stories, respectively, of how Christians in a Japanese P.O.W. labor camp minister to and lead an agnostic to such faith that he becomes a minister after the War; of a minister father unable to save one of his two sons from self-destruction; and of a radio pastor in 1920s Los Angeles who fights police corruption and rescues a mother from its injustice. (An amusing irony of Changeling is that the film does not reveal that the Rev. Gustav Briegleb also was a staunch critic of Hollywood immorality.)

Episcopal Christians have had their share of films such as 1947's The Bishop's Wife, noted for Cary Grant's portrayal of an angel named Dudley sent to help a beleaguered bishop who needs help in his relationship with his wife as well as with his diocese. (The 1996 remake, called The Preacher's Wife, is a pale copy of the earlier version, even though it stars Denzel Washington, Whitney Houston, and Courtney B. Vance.)

In Shadowlands, Anthony Hopkins portrays C.S. Lewis, author of the popular Narnia series and of numerous theological works. His unusual love affair and marriage end with the death of his wife, an event sorely testing his faith, but Lewis's faith ultimately emerges stronger than ever. Mel Gibson's fictional priest Rev. Graham Hess, in the science fiction film Signs, is also tested by the death of his wife; it causes him to resign his parish when he loses his faith, yet his people stand by him, apparently hoping he will return to them.

For those who like satire there is the 1963 British film Heavens Above starring Peter Sellers as a hapless, naive priest accidentally sent to a posh parish because he bears the same name as the intended appointee. His efforts to minister to the poor disrupt the local economy so much that his bishop stuffs him into a spaceship and assigns him to preach in outer space, hence the second meaning of the title.

On a more serious note are two excellent films set in South Africa, Cry the Beloved Country and Final Solution, featuring black Anglican priests. In the first, based on Alan Paton's great novel, Stephen Kumalo leaves his rural parish to search for his lost son who had set out to find work in Johannesburg, only to discover that the young man is implicated in the murder of the son of the local landowner. The second film is based on the true story of the racist Afrikaner Gerrit Wolfaardt. While a university student his prejudice was challenged by fellow student Celeste and the Rev. Peter Lekota, the first urging him to read Alan Paton's novel, and the second to show him anywhere in the Bible where it teaches that blacks are inferior.

Christian courage and conviction are well depicted in numerous films. Luther tells the story of how a 16th-century priest dares to challenge the authority of the mighty Roman Catholic papacy. Amazing Grace relates how Anglican minister John Newton, writer of the hymn of the same name, influences William Wilberforce to stay in Parliament and lead the long fight against the slave trade. In Chariots of Fire, sprinter Eric Liddell refuses to run the 100-meter race at the 1924 Olympics because it is being run on a Sunday. In Freedomland, Samuel Jackson plays a black security officer with deep faith, and the plot of the post-apocalyptic film, The Book of Eli, revolves around the hero seeking to save the last copy of the Bible from misuse and even extinction.