Opening, not Slamming, the Door 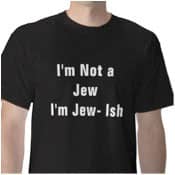 A few weeks ago, a rabbi in London proposed a solution to the conversion issues surrounding Orthodox Judaism. In the last ten years, conversion has increasingly become complicated by politics as the Israeli rabbinate was taken over by Haredi rabbinate, and so suggesting solutions makes sense, in the grand scheme of things. His idea was so radical that I think it took me the last two weeks to digest it, and even now I am not fully convinced that I totally grasp his understanding of what he was suggesting.

So, what does Rabbi Schochet suggest? Stopping conversions entirely.

Although Judaism has always accepted converts, and does, in fact, have a lot of rules about welcoming strangers and converts, there have been situations in which conversion has been suspended. This, however, doesn't seem to be the time to do it. Rabbi Joel Katz has a theory (check it out here -- his theory is that because Schochet accepts the Lubavitch rabbi as the messiah, that would indicate stopping conversions), but either way, the idea is ridiculous. To consider that the system is so "morally bankrupt" that the only solution is to stop the conversion process for good? It's a preposterous idea on any account, but it's as though he has no understanding or idea what it is to be a convert to Judaism. Sincere converts give so much to the Jewish community; they should be embraced, and we should be trying to help them, not telling them that we don't want them.

Conversion is a long, difficult process, often celebrated with a sense of relief. More and more, converts are required to make concessions to their beit din, their panel of judges, about their practice and their future practice that no born Jew would ever, ever have to make, unless, perhaps, they chose to become community leaders. It just isn't done, and yet we ask these people -- individuals who for whatever reason, often just out of their love of Judaism, have chosen to join us -- to do things that we would never consider of those who are already "in." Or even of the list of acceptable rabbis issued a few years ago by the Israeli rabbinate that retroactively made many people (and their children!) not Jewish anymore.

Yet. Yet. Rather than dealing with the myriad issues, we should just stop. Because generally, when things in Judaism get difficult, we just stop and take it lying down. We don't argue or have multiple opinions or even validate multiple opinions at once. No, we are the people of the book, but that book records the minority opinion as well as the majority opinion and we take pride in the fact that for every two Jews there are three opinions. And to suggest shutting down a debate like this, without a true understanding of what that does to the Jewish community, like cutting off an arm seems totally outrageous.

There is a good side to this story, however. While it may exist, nowhere have I seen this idea registered favorably. In fact, the London Beit Din rejected the idea outright, and the same paper that published the opinion article published another opinion article rejecting his claims outright.  As the daughter of a convert, married to a convert, I find Rabbi Schochet's position personally offensive. The conversion system may be broken, but this is certainly not the way to fix it!

This article was first published at Redefining Rebbetzin and is reprinted with permission.

Jessica Cavanagh-Melhado is a graduate of the University of Illinois at Urbana Champaign and the Pardes Institute of Jewish Studies. She has previously worked for the Jewish Federation and currently works for a synagogue in Chicago. She and her husband will be moving to New York City in the summer of 2010, as he becomes a rabbinical student and she pursues graduate study in non-profit management. She writes for www.redefiningrebbetzin.com and can be reached at jessica@redefiningrebbetzin.com.