What Do a Billion Muslims Think?

By Sara Reef and Zeeshan Suhail 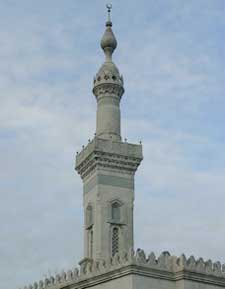 What do one billion Muslims really think? Between 2001 and 2006, Gallup, a Washington, D.C.-based news organization that conducts public opinion polls, completed the largest study of Muslim populations worldwide. Their results challenged the conventional wisdom and the inevitability of a global conflict and a "clash of civilizations" as the wars in Iraq and Afghanistan continued. Despite widespread media coverage of global terrorism from America, Europe, the Middle East and Asia, little is known about what the majority of the world's Muslims really think and feel. What do Muslims say about violence and terrorist attacks, democracy, women, and relations with the West? What are their values, goals, and religious beliefs?

Long before the path-breaking book, Who Speaks for Islam? What a Billion Muslims Really Think, written by John L. Esposito and Dalia Mogahed, was released, Washington policy-makers were crafting policies about a people they barely knew. Indeed, Nobel Laureate Archbishop Desmond Tutu was correct when he said: "In these fraught days of heightened tension and increasing hostility, few books could be more timely." It wasn't long before the book was made into a film by Unity Productions Foundation (UPF) in 2008: Inside Islam: What a Billion Muslims Really Think. UPF's Co-Founder and one of the film's Executive Producers, Alex Kronemer, put it aptly when he said: "In order to effectively engage the Muslim world, we have to understand what the Muslim world really wants."

Policy makers at the federal and domestic level are very interested in the film and in applying its findings to their area of work. The initial policy screening took place in August 2009 at the U.S. Department of State. After viewing the film, participants took part in a discussion with Kronemer, who had also served at the U.S. State Department Human Rights Desk under the Clinton Administration. UPF is conducting city-by-city film premieres of Inside Islam in cities across the U.S. These events bring together civic leaders, political leaders, and interfaith organizations and usually have a Gallup expert, UPF representative, and local leaders engage in dialogue on the film's findings. The goal of these policy screenings is to help policy makers understand the impact of U.S. foreign policy on shaping Muslim attitudes toward the U.S., and to understand that a shift in policies will go a long ways toward improving Muslim perceptions of Americans.

Since the film's June 3, 2009 Washington, D.C. premiere, which featured former U.S. Secretary of State Dr. Madeleine Albright as keynote speaker, the film has been screened at several cities across North America. From Toledo to Toronto, from New Orleans to New York, audiences everywhere yearn to know What a Billion Muslims Really Think. Secretary Albright, speaking at the D.C. premiere, said, "The fact that we even have to ask that question is because of the damaging failure to communicate between the majority in the West and the majority of Muslims." The world's most comprehensive, expertly gathered poll of global Muslims hopes to answer that question and address previous missteps.

To date, the film has been viewed by thousands of people, many of whom hold the influence to sway opinions in the world's most powerful institutions, including within the U.S. State Department, the U.S. Agency for International Development, and several prominent think tanks. Other organizations have gone so far as to express interest in not only helping to screen the film through their networks but to also assist in the creation of curriculum and educational materials so that younger audiences can also benefit from the thought-provoking information the film presents to viewers.

However, it would be misleading to think that people who walk in the powerful corridors of organizations based in Washington, D.C. are the only ones who have an impact on policies that affect global citizenry. It is our fervent belief that the film creates an environment where dialogue among civilizations, as former Iranian President Khatami would put it, becomes inevitable. Across the country, people from all walks of life are coming out in droves to see the film that gives a face to Muslims -- American and non-American. Many are your neighbors, your doctors, your elected representatives.

A member of the U.S. Armed Forces had this to say about the film: "I found Inside Islam insightful and disarming, and I think useful in demystifying Muslims as a people. It is my hope that it might serve as an educational platform for dialogue and could be useful showing at local Army installations." The president of an American non-profit organization shared these views about the film: "I thoroughly enjoyed the documentary. It was extremely informative, with some surprising new information that I had not considered, and provided very good insight into Muslims' worldviews. As an intercultural trainer, I find this film is extremely important to help break down stereotypes and to highlight the voices of so many who have been disenfranchised and vilified in recent years."

And last, but certainly not the least, Former U.S. Secretary of State, Dr. Madeleine Albright had this to add: "When fear takes over, communication stops and suspicion builds. That's why Inside Islam is such an important film, and why the extensive surveys conducted by the Gallup organization are so worthwhile."

We couldn't have said it better.

Sara Reef is Project Manager at Intersections International (sreef@intersectionsinternational.org) and Zeeshan Suhail is a Board Member with Americans for Informed Democracy (Zeeshan@aidemocracy.org).