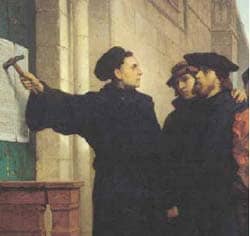 I am grateful to Patheos and Tim Dalrymple for inviting me to be part of this conversation about re-envisioning the relationship between Christian evangelicals and lesbian, gay, bisexual, and transgender (LGBT) people. All too often such discussions generate more heat than light, but it is my hope that this conversation might actually result in some metanoia on both sides of the divide.

First, a bit about me. I am an openly-gay theologian, minister, and (soon-to-be) seminary professor. I recently finished my Ph.D. in systematic theology at Union Theological Seminary in New York City, and I will be teaching historical and systematic theology at the Episcopal Divinity School in Cambridge, Massachusetts, in the fall. I grew up in the Roman Catholic Church, I have worked for the Episcopal Church for the last decade, and I am ordained with the Metropolitan Community Churches, which has quite a number of members who are LGBT evangelical Christians.

I have long been puzzled by the animosity between Christian evangelicals and the LGBT community. As someone who is passionate about scripture and biblical languages -- for example, not only do I own and regularly use hard copies of lexicons such as the unabridged Kittel and the EDNT, but I also love working with Bible software such as Logos and Accordance -- I have felt that there is actually much that evangelicals and LGBT people have in common.

As such, I would propose the following 9.5 theses for a new Reformation between Christian evangelicals and LGBT Christians. Hopefully this might lead to a broader conversation that could continue well beyond this particular forum.

1.  LGBT relationships are grounded in love, which is at the very heart of our understanding of God and the Christian faith. I often wonder if anti-gay evangelicals really understand that LGBT relationships -- whether for a night or for a lifetime -- are really about love and not just sex. I personally have been together with my partner Michael for nearly nineteen years, which has given me a profound understanding of what hesed and agape means, both human and divine. If we Christians profess that God is love, that Jesus has given us a new commandment to love one another, and that the two great commandments have to do with love, why are not LGBT relationships, which are grounded in love, any less holy than non-LGBT relationships?

2.  Christian evangelicals often lack compassion toward LGBT people, which makes it difficult, if not impossible, for LGBT people to hear the good news of the gospel. I have been amazed how anti-gay evangelicals, who ostensibly profess a gospel of forgiveness and compassion, can be so utterly uncompassionate toward LGBT people as well as other Christians with whom they disagree. I myself have been the recipient of hate mail, vulgar comments, and ad hominem attacks from self-identified Christians, simply for questioning the status quo about same-sex acts. Frankly, I believe a lot of the anger and fear comes from closeted Christians -- that is, those who are struggling with their own same-sex attractions -- who thus end up projecting their own self-hate on to LGBT people. What evangelicals should ask themselves is this: How do you expect LGBT people to hear any good news when all they experience is condemnation and hatred from Christians?

3.  Christian evangelicals establish a new works righteousness when they require that LGBT people abstain from same-sex acts in order to be saved. Could someone explain to me why using same-sex acts as a litmus test for Christian discipleship is not the very same works righteousness that Paul condemns throughout his letters? In other words, why are not anti-gay evangelicals just like the legalistic "Judaizers" who Paul critiques in Galatians and elsewhere? I know that the standard explanation is that people who are "truly" saved by grace will be sanctified and thus will not engage in same-sex acts. However, in truth, this just seems to be a lot of fancy rhetoric that ultimately disguises a world-view of salvation by works (that is, salvation by abstaining from same-sex acts). If the Donatist controversy taught us anything, it is that sinful actions do not invalidate the underlying validity of our sacramental status (here, the priesthood of all the baptized).