After the Bus Wreck 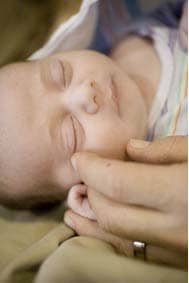 I wasn't qualified to edit Half/Life, really. I'm not a therapist. I'm not a social worker. I'm not a rabbi or a priest. At the time, I was a poet, finishing grad school. But I'd grown up "Half" as well as Jewish, and as a new Hillel professional, working with Jewish students on college campuses, I found myself bothered by the lack of support for kids like me. I was struck by how much the Jewish community "addressed" intermarriage, but how little they actually understood it. So -- since I was a writer -- I pitched the book, and a year later I found myself an expert!

Simply because we don't have any.

So it was that I was invited to speak at Makor, at Jewish Literary Festivals around the country, at JCCs and shuls. I blogged for Haaretz, and was reviewed in the Jerusalem Post and the Forward. I became an advocate of sorts, and I could handle that. It was fun! I'll be honest -- I liked the public speaking, the unearned authority. What I couldn't handle was how at every event, and in regular emails, I found myself approached by Jewish families, by parents and grandparents, asking me for help. All of these people saw me as an expert, and so came to ask me "what to do about it."

"What can I do about my granddaughter?"

"What can I do about the Christmas tree?"

"What can I do to get my husband to convert?"

I was lost. I had no idea what to say to any of these questions. So I developed a set of standard responses. Knowing as I accumulated them that in some ways, they were the opposite of the answers that "the Jewish community" wanted.

Maybe because I wasn't a rabbi (or a Hillel professional any longer), I had trouble seeing how the goals of the community could override the goals of each family. The people I encountered seemed to be so convinced by, say, the evils of a pine tree in December. So overwhelmed by shame. I wanted to tell them all that while we can come up with some best practices for daily observance (or lack thereof), the most important bestpracticeis finding a path of your own, a faith (or lack thereof) that suits your personal set of issues and needs.

I would explain that while I'd grown up with a practicing Catholic mother, I was still a Jew. I'd always been a Jew. I would tell people about how my husband, a man named Christopher, wasn't a barrier to my own observance. And that I'd never thought of "getting him to convert." Though of course I'd welcome it if he ever arrived at that point. Because it would simplify things a bit. But I tried to stress the ways in which I had become a strong Jew inside of, and maybe even because of, my pluralistic world.

Most generally, I stressed that people needed to talk about these issues with each other, from the heart. They needed to discuss their individual needs and arrive at compromises before they got married. They needed to meet with rabbis, priests, and therapists before they had a problem, while they were still starry-eyed. While they still believed they could make it work. They needed to figure out their (I cringe as I use this term) deal breakers, and put them on the table before things got too ugly, or simply unexpected.

Nearly everyone who came to me troubled would respond to these suggestions with the same answer, "But what if it turns out we can't agree? We might not end up getting married!"

Which made me want to slap them. Because the path that extends from that way of approaching problems is so obvious, and sad. So then I'd hit them with this zinger...

"If raising a Jewish family is important to you, you need to ask your non-Jewish partner what will happen to your Jewish kids if you are hit by a bus. Will they raise Jewish kids on their own? What if they remarry a non-Jew?"

Because the single greatest problem I see in Jewish intermarriage is not a Christmas tree, it's this -- the shifting of a child's religious identity, whatever it may be, after it has been solidified and formed. In all the most troubled cases I've encountered, this is the unifying narrative. Mom turns orthodox or Dad is born again. Dad moves to Israel or Mom marries a minister. Usually, divorce stands in for the lethal bus accident.