Getting Married in Israel 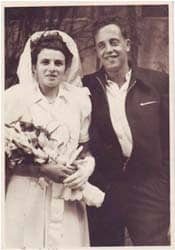 They argue that maintaining the rabbinate's exclusive control over issues of personal status, particularly marriage and divorce, is an essential part of maintaining Israel's character as a Jewish state. Practically, they also worry that instituting civil marriage will encourage intermarriage and assimilation within Israel.

In addition, many religious leaders are concerned that civil marriage and divorce could create a deep rift within Israeli Jewry, by enabling the possibility that many halakhic mamzerim (plural of mamzer) will be born in Israel.

Uri Paz, in an article on the website of Aish ha-Torah, an Orthodox Jewish educational organization, explains that according to Jewish law, civil marriage, although not ideal, still counts as a valid marriage after the fact. Civil divorce, however, does not count as a valid divorce according to Jewish law. Therefore, if a couple were to marry, either in a religious or a civil ceremony, then divorce civilly without getting a religious divorce, and then the woman were to remarry civilly, any children produced in her second marriage would be mamzerim, since Jewish law would consider her still married to her first husband.

By instituting civil marriages and divorces in Israel, the argument goes, the number of mamzerim will rise. Israeli Jews who observe halakhah will not be able to marry growing numbers of Israeli Jews whose parents or grandparents did not.

In recent years, however, some religious leaders in Israel have spoken out in favor of civil marriage. Rabbi Seth Farber, founder of Itim: The Jewish Life Information Center, an organization "dedicated to making Jewish life accessible to all," argues that Orthodox Jews should be at the forefront of the struggle for some form of civil marriage in Israel.

Farber believes that secular Israelis who are forced to marry through the rabbinate often become hostile toward the rabbinate and Orthodox Judaism in general. Therefore, instituting civil marriage would actually enhance the prestige of the rabbinate. More importantly, he believes that denying thousands of Israeli citizens the right to marry violates the fundamental Jewish value of human dignity, kavod ha-briyot.

Rabbi Farber also argues that civil marriage in Israel would actually create fewer mamzerim, not more. Children born to parents who were married in a non-religious ceremony are not necessarily mamzerim, he explains, because mamzerim are only defined as children of an adulterous or incestuous relationship. Children born to two people not halakhically married to each other -- i.e., two people wed in a civil ceremony -- are not mamzerim. Farber also disagrees with Paz, and argues that if a woman were to civilly marry, then divorce and remarry, the children of the second marriage would not be mamzerim, because the civil marriage would not count as a valid halakhic marriage in this situation.

Similarly, Susan Weiss, a leading advocate for agunot (women whose husbands refuse to grant them a Jewish divorce), argues in favor of civil marriage. Her position is that if non-religious couples were able to marry and divorce civilly, this would be a major step forward in alleviating the problem of agunot in Israel. If non-religious women did not marry in religious ceremonies, they could also divorce and remarry in civil ceremonies, thus circumventing any risk of becoming agunot.

In 2009, a poll conducted by Tel Aviv University found that 65% of the Jewish Israeli community supports civil marriage, but 70% still say that it's important to them to marry in a religious ceremony. Setting the mamzer debate aside, these results suggest that civil marriage would not undermine the Jewish character of the state, because the majority of Jewish Israelis would continue to marry in religious ceremonies.

Civil marriage continues to be hotly debated in Israel today, because at stake in this debate is the very nature of what it means to be both a Jewish and democratic state.
Article Continued On Next Page
Page: 2 of 3
4/27/2010 4:00:00 AM
About