The sexual imagery found in the Kabbalah, medieval Jewish mysticism, is also worth noting. As Arthur Green wrote in the Second Jewish Catalog, "Kabbalists see the very origins of the universe as a never-ceasing process of arousal, coupling, gestation, and birth within the life of a God who is both male and female, and proclaim this complex inner flow of divinity, described in the most graphic of sexual terms, to be the highest of mysteries." In contrast, many of the medieval philosophers were far less appreciative of sex. In the Guide of the Perplexed, Maimonides wrote, "The law about forbidden sexual intercourse seeks in all its parts to inculcate the lesson that we ought to limit sexual intercourse altogether, hold it in contempt, and only desire it very rarely." 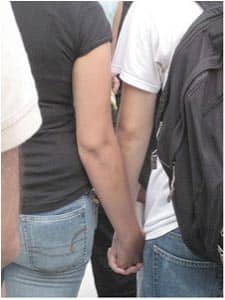 Some Jewish legal authorities -- basing themselves on research showing that homosexuality has a physiological basis or on the presumption that, whatever its origin, being gay or lesbian is not a choice -- have argued that since homosexuals do not choose their sexual orientation, their sexual expression cannot be forbidden. They rely on the fact that traditional Jewish law does not hold one responsible for things out of one's control and that complete celibacy is not a value in Jewish tradition.

The issues of same-sex marriage and the ordination of gays have also been raised. While the Reform and Reconstructionist movements approve of both of these measures, the Orthodox movement does not. However, awareness and sensitivity to gay and lesbian issues has increased in many traditional circles as well. The Conservative movement approves of both measures, but it is at the rabbi's discretion as to whether or not he or she will officiate at a gay marriage ceremony.