The Meaning of "Lost" 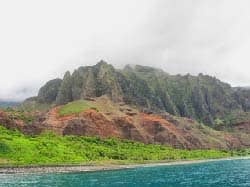 Ever since it began almost six years ago, I have been hooked on the ABC-TV series Lost. I've seen the show referred to as the most spiritual network television show, though I'm definitely not qualified to make that call since I really don't watch any other shows on a regular basis. Certainly it's clear that Lost, particularly in this final season, does have an overwhelming spiritual component. Though it has been there from the beginning, the spirituality of Lost has evolved to the point where it is now the show's central character.

During the first few episodes, Lost to me was what I had, many years before, hoped that Survivor would be -- the story of survival on a remote, uncharted tropical island. The characters, whose commercial airline flight falls from the sky, realize right away that they have almost no chance of being found after the dying pilot tells them how far off course they were. Then the story quickly takes many unexpected and delightful twists. Through flashbacks, we discover how the lives of the Lost survivors were intertwined even before the crash. A whole community of "others," who have been living on the island for years, provides a continuing source of conflict and mystery. Several of the survivors escape the island but are eventually drawn back to it. Those who didn't escape are jolted back and forth through time along with the entire island, finally coming to rest in the 1970s, when they are eventually joined by some of the returning escapees. A deliberately triggered nuclear bomb somehow blows them back to modern times, where they find themselves still on the island, pursued by a supernatural evil entity who takes the physical identity of one of their dead colleagues. Strange stuff that somehow all makes perfect sense.

This month, the whole thing ends in a two-hour final episode. Faithful fans have been promised that all the questions will be answered, and that all the meaning will be revealed by the time the single, closing drumbeat sounds. Or maybe that signature drumbeat, which has always seemed to say "there's more -- lots more, but you're gonna have to wait to find out what it is," will be missing from the final episode. Because there will be no more.

Indeed, it is difficult to imagine any kind of spin-off of Lost. What makes the show so captivating, beyond its luscious cinematic richness, is the mystery. In every episode there are clues -- clues from the present, from the distant past, from the recent past, the future, and even from some sort of alternate temporal reality. Viewers can feel those clues leading to something profound, but we don't know what it is. And that, of course, is what makes it all so delicious. Once the mystery is gone, once the meaning is fully revealed, there might be some elements of the story that will still be interesting, but the central, compelling premise will be gone.

In one of the early first-season episodes, after discovering a recorded distress call that's been transmitting unattended from the island for sixteen years, a terrified, astounded character asks, "Guys. Where are we?" The arc of the entire series centers around that question -- what is this place, why is it that we find ourselves here, and what are we to do with it all? Hmmm. Sounds a whole lot like the big scientific, religious, and philosophical questions of all time. No wonder several of the characters on Lost are named after renowned scientists and philosophers.

As the end nears, I find myself eager to see how it all plays out, while at the same time reluctant for it all to be over. It's not really that I'll miss watching the shows. Oh yes, almost without exception they're very, very good. But I think it is now just about exactly the right time for the series to come to an end. Plus, I already own the DVD collections for all the previous seasons, and the DVDs for the final season will be available in a few months. Most of the episodes are just as entertaining the second, third, and fourth times around as they were originally. No, I won't really miss watching. It's the mystery and the open-ended possibilities I'll miss. The wondering and speculation. The state of anything being possible.

Lost has covered ambitious ground, with epic themes of good versus evil, the man of faith in conflict with the man of science, life and death, past and present and future, with some time travel and resurrection thrown in. And throughout it all is the question -- what does it all mean? As such, to finally discover the meaning of Lost and to have it all wrapped up feels uncomfortably close to uncovering the meaning of life and to having life all wrapped up. And when that happens, what's left to do? When you know all the answers, all the other possibilities disappear.

About Ralph Marston
Since 1995, Ralph Marston has written and published The Daily Motivator, one of the web's most popular and enduring places for daily inspiration. In that time, he has published more than 4,500 original daily motivational messages, as well as books,...