An Interview with Dan Peterson, Scott Gordon, and Tanya Spackman
By Patheos staff

A new website appeared in December of 2009 called MormonScholarsTestify.org As you might imagine from the title, the website gathers together statements from academics of various backgrounds who offer their witness of the Gospel as taught by the Church of Jesus Christ of Latter-day Saints. We asked the three main players behind the site some questions: Daniel Peterson, Professor of Arabic at Brigham Young University; Scott Gordon, Dean of Business, Technology, Family and Consumer Sciences at Shasta College in Redding, California and President of FAIR; and Tanya Spackman, technical writer, U.S. Navy. The site currently features 81 testimonies from 48 schools/organizations and the U.S., Canada, Belgium, and Australia.

What was the genesis behind the Mormon Scholars Testify (MST) website, and what role do each of you play? 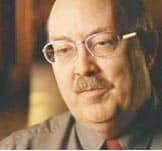 DP: I had been thinking about the common LDS slogan "every member a missionary," and, sitting in heavily Mormon Utah County and teaching at super-heavily-Mormon BYU, wondered what, if anything, I could do to comply with that sense of obligation.  The web seemed an obvious answer.  I could, for virtually nothing, reach people around the world, at least potentially.

But what form should this take?  I hadn't yet decided.

And then Elder M. Russell Ballard spoke (at BYU-Hawaii, I believe) about using the web to share our testimonies, expressions of our faith, and I began thinking, specifically, of a testimonial-based website.  Finally, in about October of 2009, a pair of articles in the Church's official magazine encouraged members to use the web in this way, and I thought, "enough is enough, I should do this."

I ran into Scott Gordon while he was visiting BYU from California not long thereafter and happened to mention the idea.  He said that he could probably get me some website help.  And he did.  He recruited Tanya Spackman, who actually makes the thing happen, and we were on our way.

I invite people to contribute, receive their submissions, edit them (minimally), and send them on to Tanya, who posts them.  She designed the site.

SG: I was visiting with Dan at BYU and he brought up his idea of creating a website where scholars could share their testimonies. I immediately liked the idea. I had already seen that the testimonies area was the most popular page on the blacklds.org website, so I thought people might really like the idea. I knew that FAIR had volunteers and technology resources, so I knew I could help. I suggested and purchased a URL, and worked with our FAIR people to get the initial site set up on our server. Tanya helped me clean up the formatting of some of the initial posts. We were looking at various templates we could use for the website, and Tanya volunteered to do the work and create a new Template. After I saw what she could do, I asked her to take over the daily website needs. She has done an amazing job ever since. After the initial set-up and early posts, my role has been reduced to making an occasional edit.

TS: I'm the web geek. A while back, Scott asked the FAIR list for some HTML assistance, and I volunteered. He just needed the formatting of the initial MST posts cleaned up. I did that and, noting that they were using Wordpress, which I have quite a bit of experience with, but that they didn't have a template yet, offered to create one for them. With the help of the More Good Foundation, who had some nice existing templates I could modify, I put together the template. I found the project to be inspirational, and was happy to help out with something that was adding a bit of good to the world, so I sort of took over the daily website needs. Now I simply upload the new posts as Dan provides them (he does the recruiting and editing of testimonies), and ensure they are formatted correctly.

When I first saw MST, I instantly thought of a well-known article from some years back by two Evangelical scholars. In addressing a cultural myth, they stated that "there are, contrary to popular ... perceptions, legitimate Mormon scholars. We use the term scholar in its formal sense of ‘intellectual, erudite; skilled in intellectual investigation; trained in ancient languages'... Latter-day Saints are not an anti-intellectual group... Mormons produce work that has more than the mere appearance of scholarship." How widespread is this myth of non-existent Mormon scholars, in your experience?