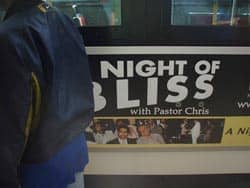 From Tiger Woods' marital infidelity to same-sex marriage to the ‘Octomom,' when sexuality issues dominate the headlines, there never seems to be a shortage of religious commentary -- most of it from the right.

While conservative pastors preach against homosexuality, pre-marital sex, and abortion, in the nation's more progressive pulpits, church leaders offer little or no guidance regarding human sexuality, leaving their flock without spiritual guidance as they grapple with these often wrenching issues in their private lives.

A new report by the progressive Religious Institute on Sexual Justice, Morality and Healing raises the alarm about this "disconnect between sexuality and religion in America." Citing the largest-ever survey of mainline Protestant clergy, "Sexuality and Religion 2020" reveals that 70 percent have seldom or never discussed sexuality with their congregants.

The silence has its roots in seminaries. Clergy are mum from behind the pulpit because the country's priests, rabbis, imams, and other religious leaders come to their posts having received next to zero sex education at the seminary or anywhere else. Over 90 percent of seminaries don't require a full semester of sexuality study.

Martin E. Marty, historian of religion and author of the National Book Award-winning Righteous Empire: The Protestant Experience in America, said at a press conference releasing the report, "it usually takes the Christian Church about 200 years to settle things." That was the time frame for resolution or consensus on questions about the Trinity, the nature of Christ, human nature, and the Protestant Reformation. "Now they are all fighting about sexuality -- the biological cycle from in vitro fertilization to abortion, birth control, teen sex, premarital sex."

According to the Rev. Debra Haffner, the Institute's president and a sexologist and Unitarian Universalist minister, the fact that clergy "are choosing silence over action where sexual justice and health is concerned" has contributed to a growing crisis.

"An untold number of congregants are suffering in abusive or dysfunctional relationships, struggling with questions of sexual identity or orientation or harboring histories of rape, abuse, or marital infidelity," Haffner said at a Tuesday press conference. "The fact is that all clergy, whether they're Baptist or Roman Catholic, Jewish or Protestant, have people in their congregations who need help."

The publication of the report comes exactly one decade after Haffner and other progressives released the "Religious Declaration on Sexual Morality, Justice, and Healing." Now signed by over 3,000 clergy and religious leaders from fifty different denominations, the declaration promotes a vision of sexuality as a gift from God and calls for a sexual ethic "focused on social justice and the integrity of personal relationships, rather than particular acts." It also urges faith communities to promote sex education, reproductive rights, and full inclusion of women and LGBT people in religious life and society at large.

While recent surveys show that younger Americans, including those from faith communities, are increasingly in sync with this view (especially on marriage rights for same-sex couples, which the majority support), sexuality issues nonetheless remain extremely explosive. Religious right pastors frequently speak with the loudest voices, while more progressive clergy avoid these issues.

Even seemingly benign efforts, such as the National Marriage Week effort to reduce the divorce rate, emerge from the same faith communities that are exclusive and judgmental on sexuality issues. Focus on the Family and other religious right groups that poured money into the Proposition 8 campaign to ban gay marriage in California are backing National Marriage Week.

"If we want to save heterosexual marriage in this country it won't be by preventing anyone else from forming lifelong public unions," Haffner said. "John Edwards' and Tiger Woods' marriages didn't fall apart because two gay people down the street got married."