On Sexual Diversity, Perversity, and Ecstasy 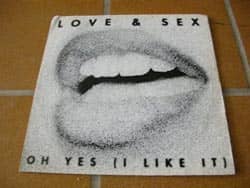 Can I talk about sex and religion without talking about gay marriage? Can I avoid talking about the prevalence of premarital sex and the virtues of virginity? All are wonderful topics in their own right, and all have been the primary obsessions of the religious right who set the terms of debate in the media and public culture. But are these the only subjects worthy of our attention when it comes to sexual matters with religious implications?

From the copulation of animals so gametes can fuse to generate new life, to the explosion of pornography across cyberspace (nearly 30,000 users per second), sexual desire is an inescapable reality of the world we live in. Sex is a force at work in every nook and cranny of social and cultural life: in the home, office, mall, classroom, hospital; it's imaged on television, computer, theater, and mental screens; aroused at sporting events, clubs, parties, funerals, and weddings. You get the picture.

It's no wonder that sex, along with death and health, plays a primary role in the world's religious traditions; most of which seek to regulate and monitor the body generally, but especially the terms on and by which sexual desires can be fulfilling or transgressive, socially productive or morally corrosive. Is adultery permitted? Can a man have multiple wives? Do different positions bear spiritual fruit? What is the meaning of orgasm? Religious traditions thrive on intimacy with and access to the body, its experience of suffering, sorrow, and sickness, as well as rapture, delight, and bliss. The obvious and overwhelming role of sexuality as a primary, primal factor in evolution and communication throughout the animal kingdom makes it even more confounding to humans who are animals (yet more than animals), and members of a species that makes much more of sexual relations than the biological imperative to secure a fertilized egg.

Non-reproductive sexuality -- i.e., sex for sex's sake -- is certainly an explosive topic. But pleasurable intimacies with the sexual body, like healing intimacies with the suffering body, or mortal intimacies with the dead body, are charged with real-world powers that have concrete social ramifications helping to shape the contours of the sacred in cosmic space and time; the boundaries between self and other, inside and outside, animal and human, ordinary consciousness and ecstatic states, dissolve or at least blur during sex, producing extraordinary experiences that are physically tied to tactile intimacies, changes in respiratory rate and blood flow, and chemical and electrical processes in the brain.

Indeed, there is a burgeoning science of the orgasm, with physiological evidence suggesting that the orgasm itself is a richly complex neurological phenomenon, with brain stimulations in some regions and complete neural shutdowns in others; imaging activity just as mysterious and just as revealing as other measurable mystical and altered states of consciousness induced in more conventional religious practices, like meditation, prayer, or the ingestion of sacred medicine.

The powers of sex, its potentially empowering pleasures and mind-blowing transportations, however, are entangled in phenomena that cannot be reduced to bodily processes, or easily measured with brain-imaging technologies.

How these powers are defined and understood varies across and within cultures but they are never simply neutral and always bear on the sacred. The intricacies of sexuality in human cultures -- its political, economic, mythic, moral, ritual, emotional dimensions - belie any easy generalizations, though many scholars focus on patriarchal versus matriarchal societies as a determining factor in sexual mores and proclivities, and as signally important to the treatment of women. Historically though, the powers associated with sex and the sacred can be envisioned in any number of ways, with or without God to set the terms and consequences of sexual relations.

Ascetics who practice celibacy in Buddhism, Christianity, Hinduism, and other religious cultures, see the profane sexual body as a distraction, or obstacle, in the pursuit of spiritual fulfillment and empowerment. In the biblical story of David and Bathsheba, the adulterous sexual union between the two initiates a chain of bloody, violent acts and violations, including rape, murder, and even civil war in ancient Israel; but the sexual union between the two also brings life to another son, Solomon, who becomes a great king, propelling sacred history forward under the powerful hand of God. Practitioners of some forms of yoga engage in sexual exercises that not only arouse vital life energies, but also lead the way to profound spiritual enlightenment and liberation from the self.